The Meizu m3s has just been made official - a minor upgrade over the existing m3. 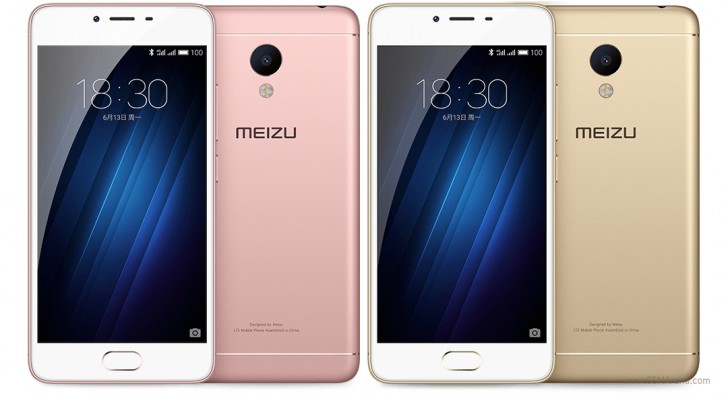 Computing power comes courtesy of a Mediatek MT6750 chipset (same as on the m3), its octa-core Cortex-A53 CPU in a 4x1.5Gz + 4x1.0GHz configuration. The GPU is is a Mali-T860 unit. There are two RAM/storage combinations, the base one being 2GB/16GB, while the higher-specced one comes with twice the storage and 3GB of RAM. A microSD slot provides an option for expansion.

The camera setup is not unlike the vanilla m3's, either - a 13MP primary shooter with an f/2.2 aperture, dual-tone dual-LED flash and phase detection autofocus. On the front a 5MP f2.0 snapper takes care of selfies. The m3s comes with full Netcom support, which means it can work on all Chinese networks. Connectivity includes 4G LTE, dual-band Wi-Fi a/b/g/n, Bluetooth 4.0, GPS and GLONASS. The phone boots Android 5.1 out of the box, with a Flyme OS layer on top.

With same price point I'll go to Mi4 LTE or older Mi3 without LTE but with NFC.

Uselesss phone again wihtou LTE 800 in EU .) .... its sad when all other spec are what i really want! Every small Chineese brand have it but the biggest dont .... Xiaomi, Meizu.

GSMA you forget about the main upgrade: metal body over the plastic body of m3!!!