The Meizu M6 Note is due to be announced on August 23, and you might miss it on that day with the Galaxy Note8 set to go official then. You should probably look out of the M6 Note, however, as it will apparently come with its own dual camera, much like the Note8, but certainly for a lower price.

A Meizu M6 Note unit with the back cover removed has been photographed revealing the two camera modules, one above the other along the central axis of the phone. Further to the top, we see a quad LED flash, not unlike the one on the existing Meizu E2. 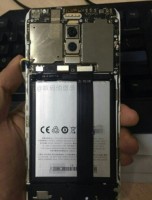 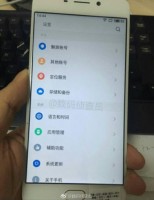 The battery is also exposed, but since we aren't living in the CSI universe, we can't enhance the photo enough to see the capacity. No need either, as an earlier spec leak revealed that to be 4,000mAh like on the M5 Note.

For more details on what exactly type of dual camera the M6 Note's is going to be, we'll still have to wait 11 more days.

They'll probably stick it with a crappy MediaTurd instead of a mighty and reliable SD.

Please, just 1 fking phone with SD chipset, I thought Meizu had sort out their dispute with Qualcomm and ready to get some supplies from them.

Will wait to see if it is worth the money!!! Meizu have not shown great vfm phones like xiaomi!!! Maybe this will be an alternative to lenovo k8 note!!!