After Meizu's CEO confirmed that the company is working on a new smartphone, the Meizu M9 Note, a list of specs surfaced online. The report featured a 4,000 mAh battery, 48MP main camera and a Snapdragon 675 chipset. Well, a TENAA listing just popped up confirming some of the rumors. 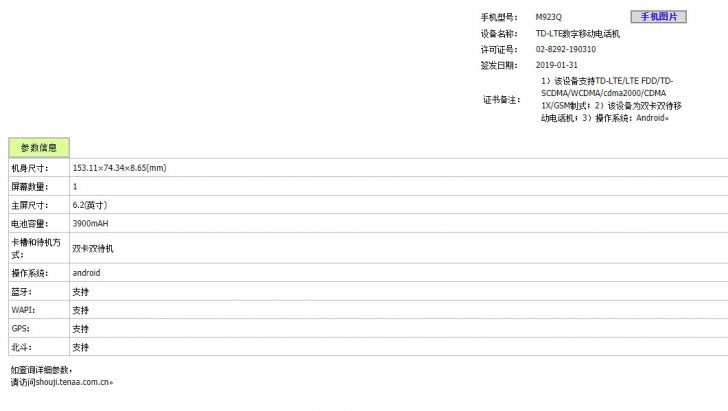 The TENAA report is still fresh on the Chinese regulatory's website, which means that most of the specs, including the product photos, are yet to be added. However, the listing confirms that the battery will indeed by around the 4,000 mAh mark - 3,900 mAh to be exact. We also get to learn the screen diagonal - 6.2-inches - as it wasn't made clear in the last report.

Perhaps more info will surface along with some photos once the TENAA listing gets updated in the following days. It usually doesn't take more than a week or so. Stay tuned.

Their software update support is dubious

Meizu finally stepping up in the battery game. Meizu usually seen as a pricier ($50+, in my place), smaller battery (-3000 vs 4000), and weirder (that one button interface) xiaomi cousin. While it have plenty "official partner" in the count...