Meizu's worldwide reputation - or rather lack thereof - isn't necessarily deserved but at home and, in broader terms, emerging Asian markets, its products are synonymous with stellar hardware at a reasonable price. The name should definitely ring a bell to our loyal readers and those who didn't miss the Meizu MX and the MX 4-core will know what to expect. But even if Meizu somehow slipped under your radar, we'll fill in the blanks for you.

The Meizu MX3 is closely related to the the original MX and the MX 4-core, by way of both design and equipment. The original Meizu MX launched with a dual-core Exynos chipset and a screen resolution of 640 x 960px - not the kind of specs anyone would call a mistake at the time. Then came the MX 4-core, which became Meizu's ace in the quad-core deck. 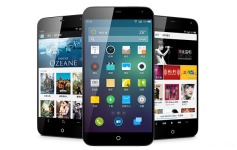 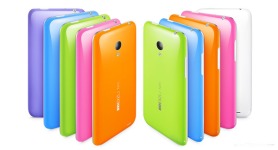 The original MX had the Retina resolution of the iPhone 4 and that was by no means a coincidence. The same goes for Exynos - which has been the chipset of choice for Meizu since. So, three generations into it (or four if you count the MX and the MX 4-core separately), Meizu has a full-HD five incher powered by the chipset that ticks inside half of the Galaxy S4's.

The Flyme OS does things its own way and feels more like the lovechild of Android and iOS. It's clean and minimalist, a flat interface with no app drawer - much like iOS (and compatriots Huawei's Emotion skin for Android).

Everything is tailor made - the notification area unrolls just enough to show toggles and events - not all the way down. The main homescreen can be transformed into a vertically-scrollable grid of apps while the two auxiliary homescreens strike closest to home with the generic widget and app/folder arrangement. The single capacitive home button however is another first among droids.

Built around the powerful big.LITTLE Exynos 5 Octa chipset, the Meizu MX3 is has enough speed and power. The screen has solid credentials too: 1080 x 1800 pixels on a 5.1" diagonal. Simply put, it's full-HD in 15:9 aspect ratio.

For all its strengths and weaknesses, the Meizu MX3 is a testament to how diverse Android can be. What could spoil a perfectly good, and reasonably priced, package is the very thing that thwarted its predecessors - availability. Meizu hasn't really been able to expand its footprint beyond Asia - but that has very little to do with the quality of the actual devices.

It's now the MX3's turn to try and prove that and we'll do our best to let it demonstrate its full potential, without letting it get away with any sort of weaknesses.

Meizu is getting better and better now. Maybe next year it will set retail stores in USA. I know its products are selling well in Russia.