The Meizu MX4 has a Sony 20.7MP sensor that's capable of huge 5248x3936px snaps in 4:3 aspect, matching the latest and greatest from Sony itself.

Meizu offers what it calls Super high ISO that will allow the phone to shoot at up to 1600 ISO in low light conditions. There's also a dual-color flashlight that's said to eliminate distortion in low-light. Both LEDs fire simultaneously. Meizu claims that the MX4 can acquire focus within 0.3s which sounds like phase detect pixels on the sensor, although we have no way to confirm.

Finally the Meizu MX4 can snap a 25 photos a second burst for 30 photos at a time.

The camera interface by default launches into Auto mode where the camera determines the shooting parameters. You have the option to turn on HDR (but no automatic HDR), gridlines for the viewfinder and a level gauge so that your horizon isn't off tilt. There's also an option to enable a timer of either 3, 5 or 10 seconds.

There's a side-scrollable mode dial at the top of the camera UI but you can also tap it to get a full view of the shooting modes - all six of them. These are Auto, Manual (where you can set the shutter speed, ISO, exposure compensation and even the focus - from macro to infinity) that uses a Gmail-like icon, Beauty (which can make eyes bigger, faces slimmer, skin smoother and whiter), Panorama, Light field (which is Meizu's refocus app allowing you to put the focus in any part of the image or have it entirely in focus), Night mode, Scan (for QR and barcodes), Slowmotion and Microspur (macro).

The 20.7MP images of the Meizu MX4 look very similar to the ones from the Sony Xperia Z3 but do differ in some ways. There is a lot of detail in the photos and also a lot of processing. Everything looks sharp and even a little oversharpened. Colors are pleasing and overall a little punchier than what we've seen from Xperia cameras.

The dynamic range is very wide and the white balance seems spot on most of the time. But there is a lot of noise in the images, even in bright daylight. The noise is rough, not fine, and very distracting once you get up to 100% zoom.

We shot a couple of 1600 ISO samples and can't really see who would want to use this mode. It will give you some detail in situations where it's too dark outside but the noise destroys so much detail and color that it makes images completely unusable. 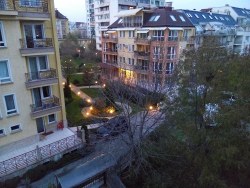 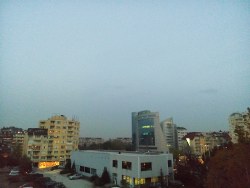 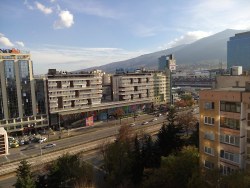 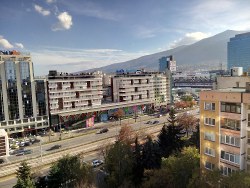 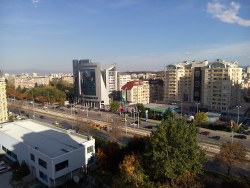 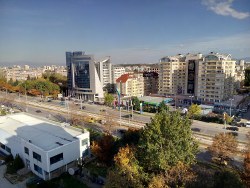 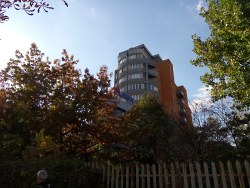 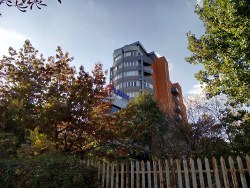 Panoramas aren't too impressive on the Meizu MX4. There is plenty of resolution and good overall exposure but the detail isn't there. There's no trace of stitching but things look inferior in resolution.

You can compare the Meizu MX4 to the smartphones we've tested in our photo quality comparison tool.

The UHD videos of the Meizu MX4 are recorded in the HEVC format, which is essentially the next-generation H.265 mode that uses a much smaller footprint on the storage. While this advancement makes sense because it helps you reduce the storage requirements it means that most of your media players will need an additional codec download in order to playback the videos you shot with the Meizu MX4. The smartphone itself has no issues with the videos, though.

Sadly YouTube doesn't support the new codec just yet so you can check out the 2176p@30fps sample here.

The 4K videos produced by the Meizu MX4 have very good levels of detail. The framerate jitters a little due to it being slightly below 30fps but isn't too much of an issue, especially if you're looking at the videos on the phone itself.

The only issue we have is the white balance which turned out a little too warm but the scene was difficult to begin with.

The 1080p videos are naturally not as impressive as they are around 4 times smaller in resolution. The white balance issue remains the same but the detail is still good overall. The 1080p framerate was a constant 30fps, though.

720p slow motion videos are shot at 100 fps. The phone plays those videos back at 100fps but if you export them you get a 25fps sample. Motion is slowed as advertised but the quality isn't too impressive.

And if you want to do some pixel peeping you can head over to our video comparison tool below. It will show you how the camcorder renders colors and textures and just how much resolution it fits from a 4K video.