The Meixu MX4 is now official. Coming in as a massive improvement over its MX3 predecessor, the new MX4 comes with a 5.36" IPS display of 1152x1920 resolution and Gorilla Glass 3 protection.

Meizu advertises the new display as an industry first combining three key features - 1100:1 contrast, 500cd/m2 brightness and 85% NTSC color gamut. The screen has an aspect of 15:9, though the bottom row of additional pixels will be used by Meizu's Flyme 4.0 OS for on-screen controls, thus leaving the full 1080p resolution for apps. 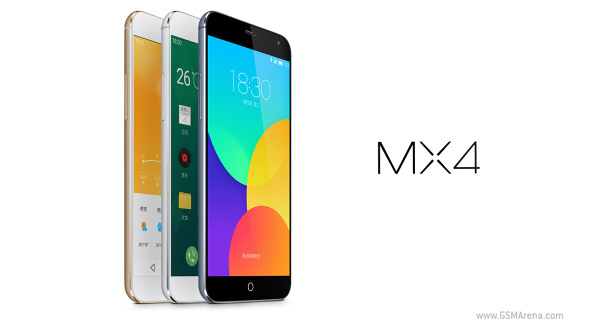 The MX4 is powered by the latest generation MediaTek MT6595 chipset. It offers an octa-core CPU with four Cortex-A17 cores @ 2.2GHz and four Cortex-A7 cores @ 1.7GHz cores. Its big.LITTLE architecture will allow all eight cores to work simultaneously. The GPU in charge of graphics is the powerful quad-core PowerVR G6200, alongside 2GB of LPDDR3 RAM. 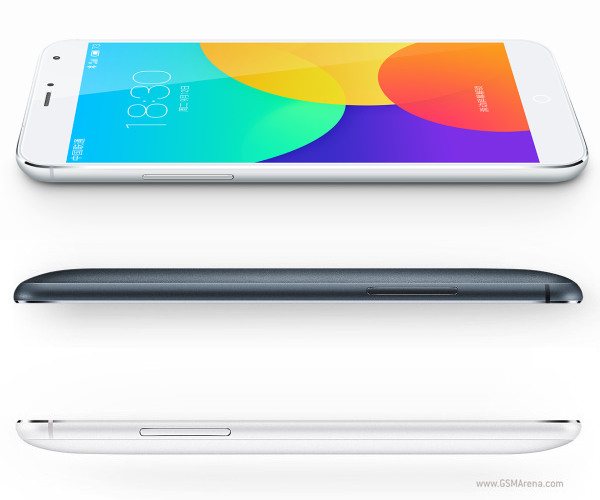 The camera also got a major upgrade, and now has a 20.7MP Sony Exmor RS sensor with dual-LED dual-tone flash for better low-light images. The lens itself is also protected by Gorilla Glass 3. In addition to the high quality imaging capabilities, the camera can also record 4K video at 30 fps. The 2MP front camera is also a Sony sensor capable of capturing 1080p videos.

The Meizu MX4 offers a richer connectivity package than the MX3, now featuring Cat.4 LTE, 3G with HSPA, dual-band Wi-Fi, Bluetooth 4.0, plus support for all GPS-like global positioning systems. It will launch in 16/32/64GB flavors, all of them powered by a 3,100mAh Sony battery unit. 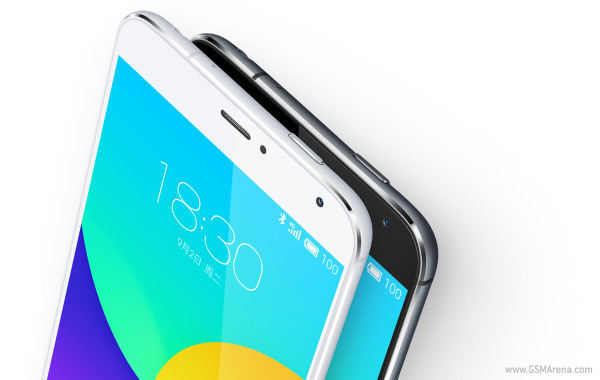 Meizu's MX4 shell is made of aluminum-magnesium alloy and weighs 147g. It's quite thing too, at 8.9mm. You will be able to choose between white, gold and gray paintjobs for the metal body. 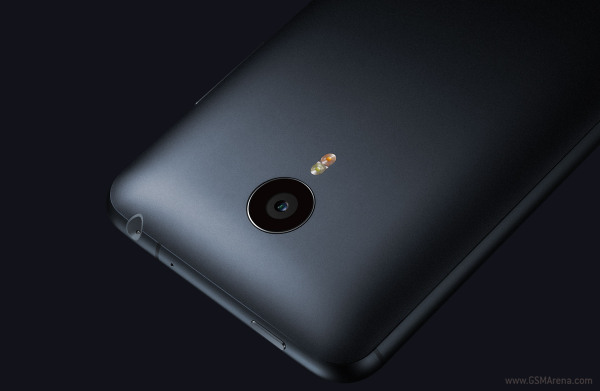 Am I the only one looking at what the iPhone 6 (and 6 Plus) should have been?