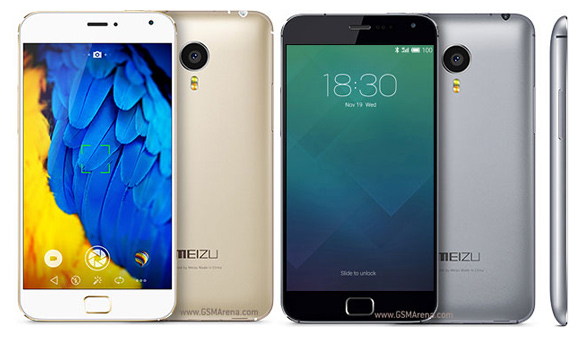 Under the hood of the Meizu MX4 Pro operates a Samsung Exynos 5430 chipset with a quad-core 2.0GHz Cortex-A15 and a quad-core 1.5GHz Cortex-A7 CPU, 3GB of RAM and Mali-T628 MP6 GPU. Internal memory is available in 16GB, 32GB and 64GB flavors, but there's no microSD card slot available.

Connectivity on the Meizu MX4 Pro covers all the basics with NFC, dual-band Wi-Fi 802.11 ac, Bluetooth 4.0. There's no IR blaster, though, but the phone supports both TD-LTE and FDD-LTE networks using the same radio, which is impressive.

The MX4 Pro also boasts a fingerprint sensor embedded in the home button below the display. The technology behind it is called mTouch and the sensor is covered with Sapphire glass and features a stainless steel metal ring. Meizu says the response time is 0.5s and the identification angle is 360 degrees.

no one ever asked you to buy this phone so why talking trash? its on the buyer's perspective not yours

Okay phone but the home button could have been circular then it would look all better. Non-removable battery and non expandable memory are the reason I am not interested in this bullshit phone.

Wrong, I am actually satisfied, I have the most beautiful phone on earth, the Sony Z Ultra!