The Meizu MX4 Pro will likely have to wait until November to make its public debut, but that doesn’t mean it will be keeping away from the spotlight until then. We got yet another leak, showing the upcoming flagship in its two color versions – black and white.

We got two leaked renders that show the Meizu MX4 Pro front panel, which will feature a centrally placed hardware key underneath the display. That’s a break of tradition by the Chinese company, which has used capacitive touch buttons in its previous flagships, including the MX4. The reason for the switch is the presence of a fingerprint scanner, which will allegedly be embedded in the home key. 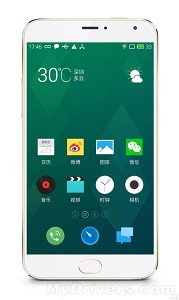 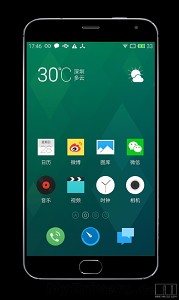 No other specs were confirmed by this leak, but we’ve previously heard that the MX4 Pro will come with a 5.36” QHD display, Exynos 5 Octa SoC, 20.7MP camera, and Android 4.4 dressed in Flyme OS user interface. A YunOS-powered version also surfaced a few days ago, but even if that actually exists it will likely never leave the borders of China.

i wonder what my happiness has to do with that.

man, i was asking, please gimme an answer instead of commenting out-of-topic. or you can either take a sit and laughing front of your monitor reading my question.

Always the IOS and Droid flame wars. Loyalty to their favorite OS and the media advertizing that brainwashes each. Get real for a moment. Linux kernel merged with Android kernel. Open source. Enough power to respectively run an entire desktop OS...