The Meizu MX4 Pro leaks suggested a new chipset and higher res screen but almost everything else was supposed to remain the same. A new leak shows the back panels of both the regular MX4 and MX4 Pro and the Pro is clearly bigger.

It's hard to tell how much bigger exactly, but a benchmark had it listed as 5.5". Benchmarks are rarely very accurate when it comes to screen size but it sounds about right. The benchmark also showed the resolution of the bigger screen will be upgraded to the unusual 2,560 x 1,536 pixels resolution. 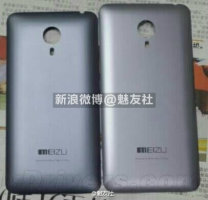 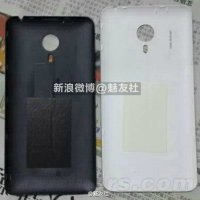 The chipset will be an Exynos 5430 Octa (instead of the MediaTek in the regular MX4), while the camera will still be based on Sony's 20.7MP sensor with 2160p video capture. It seems there will be a choice of FlymeOS or YunOS.

We're still waiting for the Meizu MX4 Pro to be officially announced, which the rumor mill says will happen sometime in the next month.

2mp front camera only? what have pappened to you meizu?

Will ubuntu release a image for the phone then ? Will not buy if there's no Ubuntu option :-(

Just copy from others. Nothing special