In line with a recent report, Meizu began offering the MX4 Ubuntu Edition in China. The Linux-powered high-end smartphone is available in white or gold color scheme for ¥1,799 (about $290). 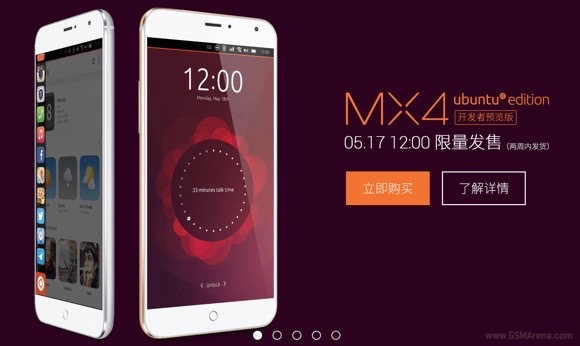 We spent a little quality time with the Meizu MX4 Ubuntu Edition during MWC in Barcelona. You can take a closer look at the device over here.

yes you can install

in what respect the design of the phone, it has been out a while this phone and tons of people have said that before yeah it may look similar but not a clone, or in terms of the software, that looks nothing like an iphone