Meizu Note 8 unveiled with a 6" screen, dual camera and a 3,600mAh battery

The Meizu Note 8 was just unveiled as an affordable alternative to the X8. It offers the same dual camera on its back, a slightly smaller screen, slightly bigger battery and the price tag was cut down by a third. You can reserve a Note 8 today at CNY 1,300 ($185/€165), sales will start on November 1. 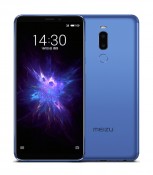 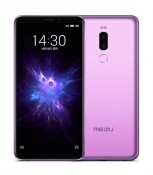 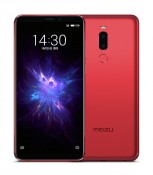 The Meizu Note 8 has a dual camera on its back, a 12+5MP shooter. The main sensor is a Sony IMX362 with large 1.4µm pixels and Dual Pixel AF. It has a decently bright f/1.9 aperture and is paired with a 5MP depth sensor.

Around the front there’s an 8MP (f/2.0) selfie camera with face recognition support. Alternatively, you can use the fingerprint reader on the back.

A Snapdragon 632 provides the computing power. It has an octa-core Kryo processor with four Cortex-A73 based cores and four A53 ones, plus an Adreno 506 GPU. Long story short, it’s a down-clocked processor from the SD660 with the GPU from the SD450.

The chipset is hooked up to 4GB of RAM and 64GB storage. Out of the box it will run Flyme OS based on Android Oreo.

The Note 8 has a 3,600mAh battery with 18W fast charging (mCharge), which, unfortunately, uses the microUSB port. At least while keeping it old-school, Meizu put a 3.5mm headphone jack on the bottom.

Again, the Meizu Note 8 is available for pre-order today and launches in China next month. Whether or not it sees a Western release remains to be seen.

im in a 3rd world country and for that reason, i prefer MicroUSB instead of TypeC, TypeC availability for gadgets in countries like ours is lesser than MicroUSB