The Meizu Pro 5 comes in a premium black box, but albeit the nicely looking package, it doesn't come with extra accessories - we only got a USB Type-C cable, a charger plug and a pair of headphones. 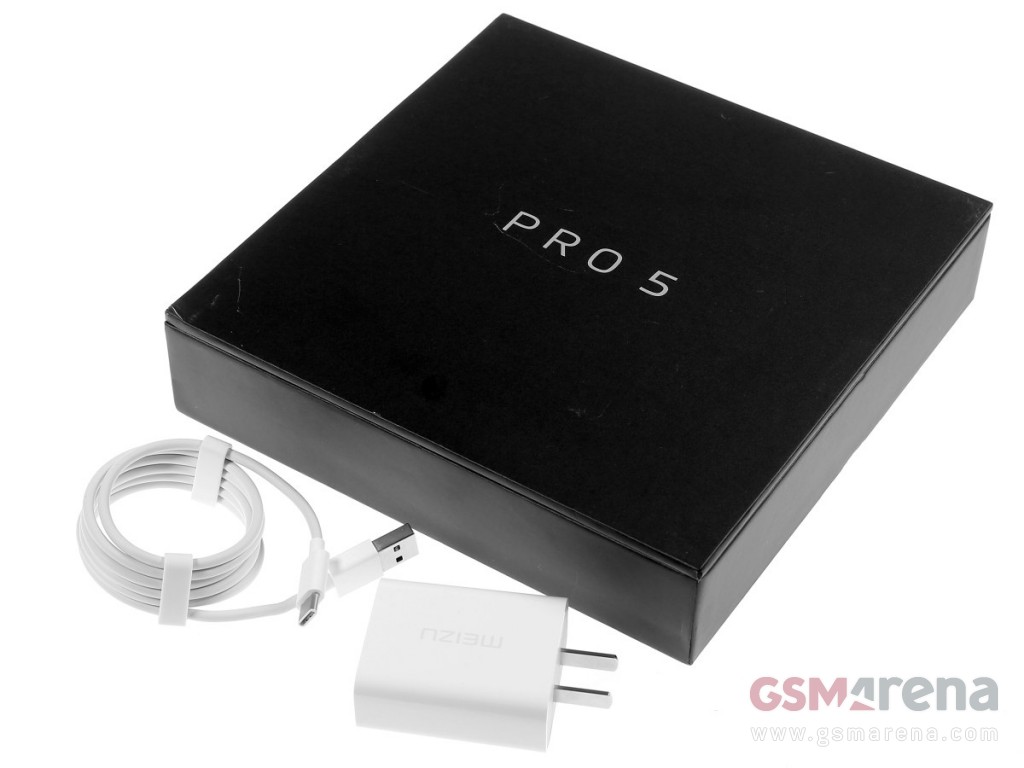 The good news is Meizu was kind enough to provide buyers with a proper fast charger, so the Pro 5 owners will be able to quickly refill the battery up to 65% in just 30 mins.

The Pro 5 may have a slightly bigger display than the recently launched iPhones 6s Plus, and may even share some similarities with the Apple's flagship, but it manages to keep its dimensions a hair smaller.

Meizu Pro 5 looks a lot like the beautiful MX5, though the manufacturer refined the design with minor, but notable tweaks. The result is a polished and well build flagship, capable of getting the crown in any smartphone beauty pageant. 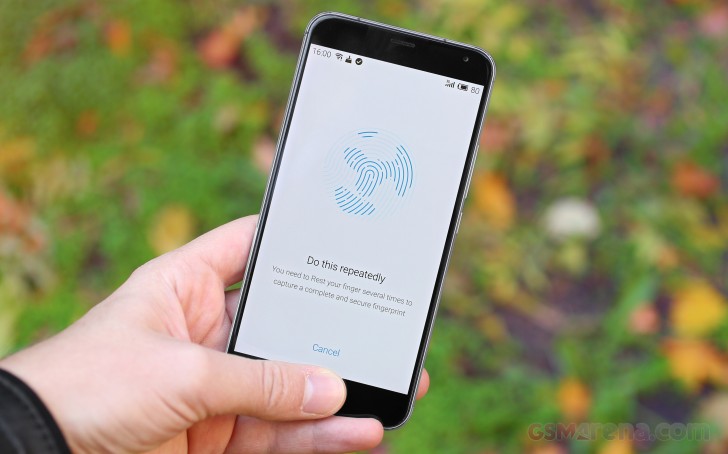 The Pro 5's whole shell, just like the MX5, is made out of brushed aluminum. The only plastic elements are the rear antenna bands around the top and bottom, which are still a mandatory requirement for a proper signal strength.

The novelty in the Pro 5 is the introduction of a 2.5D cover glass for the screen, which has become quite a trend lately. The chamfered edges looked a bit unnatural next to the MX5's traditional glass cut, but they now merge great with the 2.5D finish on the Pro 5.

The entire front is covered with a Gorilla Glass 3 piece and the tiny screen bezels are all black, including the Home key. When the display is turned off you can't really tell the black frame from the AMOLED screen which is really nice.

The build quality is excellent, as expected, and the handling has been improved with the curved front glass. The grip is very good thanks to the brushed aluminum and the only issue some might have is with the device's footprint.

The Pro 5 is big and while it may fit in most pockets, one-handed operations are no-go without further software tweaks. Luckily, Meizu has taken care of those in a very elegant way.

The control set of the Meizu Pro 5 is the same as on the MX5, which means a pretty standard one. On top of the display is the earpiece, the selfie camera and some invisible sensors.

Above and below the screen

The bottom has the mTouch fingerprint scanner/Home button combo. This key is both a touch and a hardware button so it will respond to both a press and a touch. A tap means Back, while a physical press acts as a Home key under Android OS.

The ejectable tray is on the left-hand side of the phone and it can house either two nano SIM cards or a single SIM plus a microSD memory card.

The metallic volume rocker and power/lock key are on the right.

The sides of the Pro 5

The Pro 5 puts the audio jack on the top of the device, accompanied by the second mic. The primary mic, the new USB Type-C port and the loudspeaker are all over the bottom.

A peek over the top and bottom

Finally, the back of the Pro 5 is where the Sony's 21MP IMX230 sensor is, coupled with a dual-LED dual-tone flash. The small black plate around the flash covers the laser, which is used for a fast and more accurate auto-focus in the dark.