The Meizu Pro 5 comes in a premium black box, but albeit the nicely looking package, it doesn't come with extra accessories - we only got a USB Type-C cable, a charger plug. The package is actually identical to the one the Android Pro 5 ships in, the only difference being a white Ubuntu sticker on the front. Also, there were no headphones included in the bundle this time around.

The good news is Meizu was kind enough to provide buyers with a proper 2A fast charger so the Pro 5 owners will be able to quickly refill the battery - up to 65% in just 30 mins.

Looking at the Meizu Pro 5 yet again, we instantly got the same overwhelming feeling of similarity to the iPhone 6s Plus. This is a parallel we drew in the Original Pro 5 review as well and the overall resemblance is almost uncanny.

Still, as a quick reminder, Meizu did manage to fit a bigger 5.7-inch display in the Pro 5 and still keep its footprint a bit smaller than that of Cupertino's phablet.

Speaking of dimensions, the slick metal body of the Meizu Pro 5 Ubuntu Edition is directly borrowed from its Android counterpart and still measures 156.7 x 78 x 7.5 mm. It also weigh in exactly the same at 168g, which is also natural, since the pair share the same internals as well - the only real difference being software. 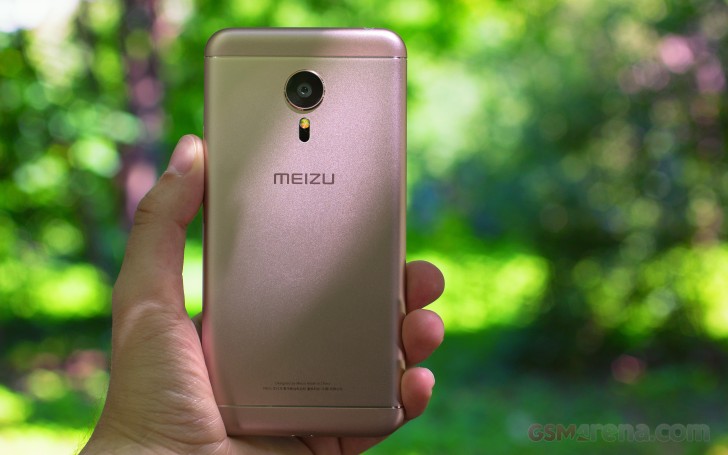 Meizu Pro 5 Ubuntu Edition looks a lot like the beautiful MX5, though the manufacturer refined the design with minor, but notable tweaks. The result is a polished and well build flagship, capable of getting the crown in any smartphone beauty pageant.

The Pro 5's whole shell, just like the MX5, is made out of brushed aluminum. The only plastic elements are the rear antenna bands around the top and bottom, which are still a mandatory requirement for proper signal strength. 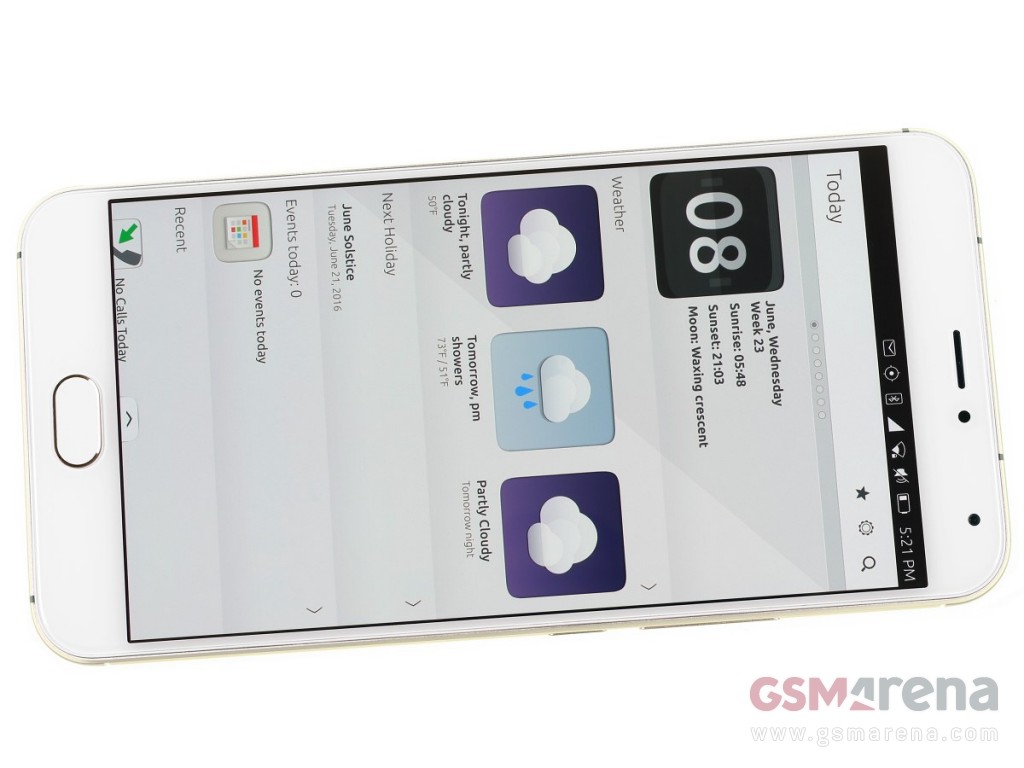 Unlike the MX5 with its traditional flat glass front, the Pro 5 utilizes a 2.5D finish, which was still a cool new concept last year. Now, it is a lot more widespread, but still looks exceptionally gorgeous on the Pro 5 and is a great fit with its chamfered edges.

The entire front is covered with a Gorilla Glass 3 piece and the tiny screen bezels are all black, but the rest of the front on the golden Pro 5 Ubuntu Edition is white with a gold ring accent around the home button. It is by no means a bad color choice, but on the silver Pro 5 we initially reviewed, the entire front had a solid black finish. When the display was turned off you couldn't really tell the black frame from the AMOLED screen which was really nice. You can still get that effect on the Ubuntu model if you pick the right color option from the available Gold, Grey, Black Silver and White Silver. 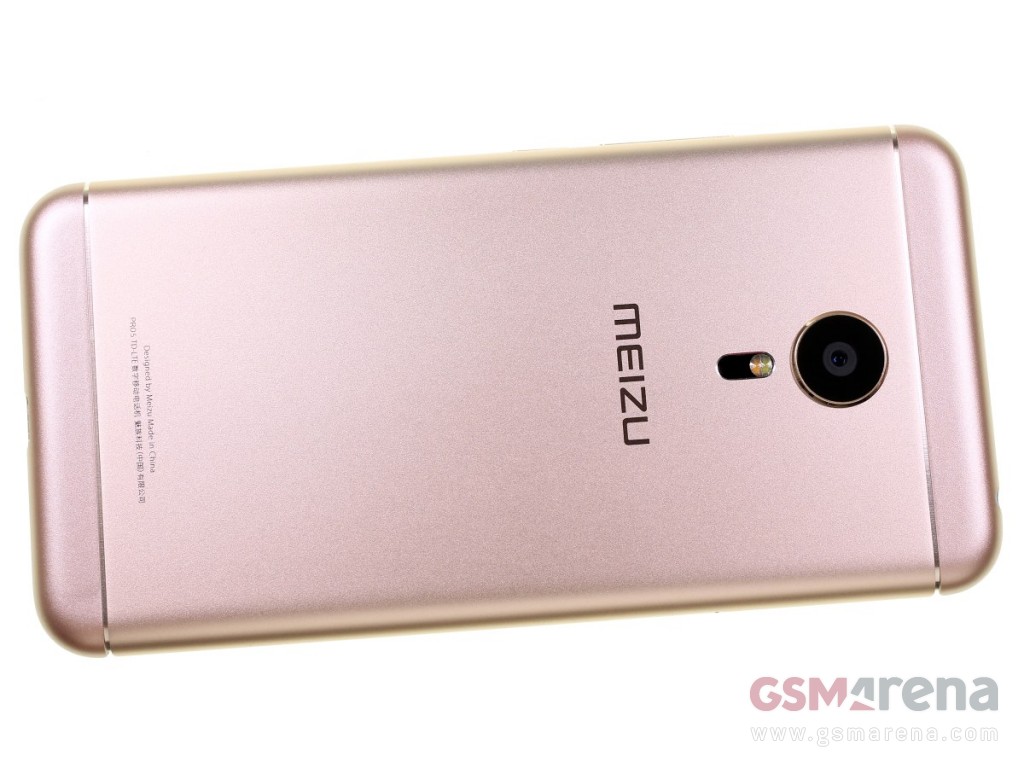 The build quality is excellent, as expected and so is handling. The grip is very good thanks to the brushed aluminum and the only issue some might have with it is that it tend to pick up fingerprints.

The Control set of the Meizu Pro 5 Ubuntu Edition is exactly the same as the one on its Android counterpart and is actually quite traditional, so we won't get into too much detail.

On top of the display is the earpiece, the selfie camera and some sensors. There is also an LED notification light on the left side, hidden away under the front and absolutely invisible when off.

The bottom has the mTouch fingerprint scanner/Home button combo. This key is both a touch and a hardware button so it will respond to both a press and a touch, or at least it should and does so on the Android version of the device. This is just one of the many beefs we have with the Ubuntu Edition we are yet to talk about, but it is probably one of the most annoying.

While using Google's mobile OS, this button presented a clever control scheme - one tap means Back, a physical press acts as a Home key. This has allowed Meizu to completely do away with other buttons on the front and it is an elegant solution. The problem? Turns out Ubuntu currently doesn't support the fingerprint reader, as well as the light tap functionality. This often creates weird situations while navigating menus on the phone with no apparent way to go back on some interfaces.

The ejectable tray is on the left-hand side of the phone and it can house either two nano-SIM cards or a single SIM plus a microSD memory card.

The metallic volume rocker and power/lock key are on the right.

The Pro 5 puts the audio jack on the top of the device, accompanied by the second mic. The primary mic, the new USB Type-C port and the loudspeaker are all on the bottom.

Finally, the back of the Pro 5 is where the Sony's 21MP IMX230 sensor is, coupled with a dual-LED dual-tone flash. The small black plate around the flash covers the laser, which is used for a fast and more accurate auto-focus in the dark.