Meizu's Pro series has always been about the full flagship experience. Big high-res screens, top-notch chipsets and advanced imaging all wrapped in a fancy package with a teasing price tag.

The MX4 Pro was perhaps the pinnacle of the Pro lineup with its 1536p display and high-end camera setup. The Pro 5 got a slight haircut, trading the near-WQXGA screen resolution for an AMOLED panel and a smoother user experience. The Pro 6 chose to pursue 3D Press and boasts the latest 10-core chipset by MediaTek in an attempt to demonstrate some muscle.

Muscle-flexing is probably the right way to go if you're mostly going to compete against big and powerful phablets of all kinds of makes. The Meizu Pro 6 does have the smallest screen of the last three Pro generations but otherwise takes many cues from its Pro 5 sibling, including the design, storage options and camera department. The big news is the Helio X25 chip but we've yet to see how that compares against the Exynos 7420 Octa that powers the Pro 5. 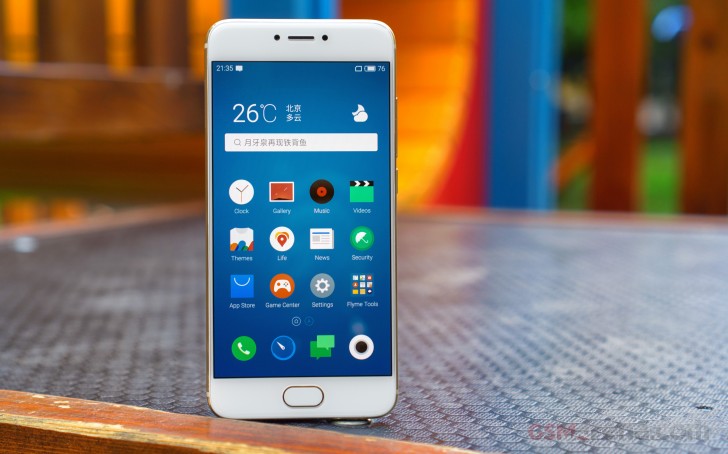 So, we are going to kick off with that - the Meizu Pro 6s is the first mainstream flagship we meet with the latest Helio X25 chipset. The advanced MediaTek engine employs a deca-core processor with a couple of 2.5GHz Cortex-A72 cores, four 2GHz Cortex-A53's and four 1.4GHz Cortex-A53's. There is also a Mali-T880 MP4 GPU and 4GB of RAM. The Pro 6 is also the first popular Android smartphone to give 3D Touch a go after Apple's attempt in iOS 9 didn't quite make a big splash out of it.

Comparing the Meizu Pro 6 to its Pro 5 sibling, the newer generation has a smaller display leading to a higher pixel density but the battery capacity took a hit due to the more compact body. The two camera units are identical, but the quad-core Mali-T880 GPU might raise questions - we're going to pay special attention comparing it to the Meizu Pro 5's previous gen octa-core unit. On the plus side, the Pro 6 offers 3D Press, which the predecessor doesn't and is generally hard to come by in the Android world.

So, is there enough to draw upgraders and lure switchers? We are going to try and find out. But first, let's check the complete feature list.

The sealed battery is far from unexpected coming from a company whose designs are clearly influenced by Apple's. The cap on memory is a downgrade of sorts compared to the preceding Pro 5. At minimum 32GB and a 64GB version as an alternative, this is something most users can probably live with.

To us, the more interesting question is how much of a powerhouse the Pro 6 is. We'll run the benchmarks in the dedicated chapter and analyze the results. The 3D Press will get due attention as well.

Of course, the Pro 6 isn't going to only target upgraders - we bet Meizu is keen to bring new customers in as well. So, let's see if their latest phablet is really up to the task.

I have meizu 6T but i face a problem in video recording.. When i click on video option it suddenly blurred.. How can i fix it

Editors, can you add the SOC info for the performance charts please. This would greatly help when we view the charts, giving more perspective/depth to the analysis. Not all of us remember by heart the SOC used for each phone.

So, would you recommended this device for buying or not ? Is the mobile which can keep you 2-3 years , and to avoid display problems ?