The Meizu Pro 6 utilizes the same Sony IMX 230 sensor with 21MP resolution we saw on the Pro 5. It is capable of 5312x3984px snaps in 4:3 aspect. The auto focus uses a hybrid system, incorporating phase detect auto focus in addition to the regular contrast detect system. The camera also features a laser-assisted auto-focus, which should help the sensor take snapshots in the dark. Meizu offers what it calls Super high ISO that would allow the phone to shoot at up to 1600 ISO in low light conditions. There's also a dual-tone ring flash with 10 LEDs, which should produce more natural flash photos. While it looks very beautiful and looks promising on paper, in reality the tiny 10 LEDs produce as much light as the dual-LED flash on the iPhone 6s or the Huawei P9 (if not less). SO if you had high hopes for the flash, you'd be disappointed.

The camera interface by default launches into Auto mode where the camera determines the shooting parameters. You have the option to turn on HDR (but no automatic HDR), gridlines for the viewfinder and a level gauge so that your pics are perfectly leveled compared to the horizon. There's also an option to enable a timer of either 3, 5 or 10 seconds.

These are Auto, Manual (where you can set the shutter speed up to 20s, ISO, exposure compensation and even the focus - from macro to infinity), Beauty (which can make eyes bigger, faces slimmer, skin smoother and whiter), Panorama, Light field (which is Meizu's refocus app allowing you to put the focus in any part of the image or have it entirely in focus), Slowmotion, GIF, Macro and Video.

The samples have excellent dynamic range and very good detail. Contrast, white balance and colors are also well handled. The only problem is the Pro 5 camera was doing a bit better both in terms of detail and noise handling.

Given that the two have identical hardware chances are that the Pro 6 will be brought on par with its predecessor via a firmaware update, but it's a bit disappointing having to go through that at all. In isolation however, the Pro 6 is a very capable shooter.

While there is no Auto HDR mode, the great dynamic range more than made up for it and we resorted to the HDR option rarely.

The HDR mode is meant to get an even wider exposure of a scene - bringing back detail in both the highlights and the shadows. The Meizu Pro 6 it does a very good job of bringing back detail in tricky scenes, but if there is enough light, it will turn out a rather unrealistic looking overexposed picture. The camera sensor seems to have a great native dynamic range, so we'd suggest turning the HDR on only if you are unsatisfied by the auto mode.

Panoramas aren't too impressive on the Meizu Pro 6. There is plenty of resolution (as in number of pixels), but not enough resolved detail to go with that. At least colors and exposure are nicely handled.

So, we've tried the Meizu Pro 6 flash and it didn't turn out as impressive as it sounds. The produced light is pretty much as any other dual-tone dual-LED flash (such as the iPhone SE), because the LEDs used on the Pro 6 are much smaller.

We've also played with faces - but instead of getting the skin color right, most of the samples turned out of focus. The one that were OK didn't shine with any tone corrections any other smartphone couldn't offer.

While the 10-ring LED flash sounds great on paper - its best function is to look pretty. It doesn't offer more light than the competition and hence there is no real advantage.

Finally, you can check out a 5MP image taken with the front-facing camera of the device. It offers a great deal of detail for a selfie camera, the colors are great as is the contrast.

We've uploaded full resolution (21MP) photos to our photo quality comparison database to compare against other high-resolution smartphones. You can see the Pro 6 images are softer and noisier than the Pro 5's (bottom left) and Moto X Force (bottom right). The low-light test puts the Pro 6 behind those two. Oddly, the Pro 6 didn't want to shoot at ISO 100 even in brightest of the rooms, it always chose ISO 300. Setting manually to ISO 100 did the trick, but the results were absolutely the same as on ISO 300. 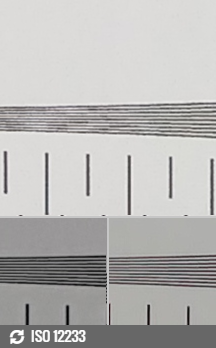 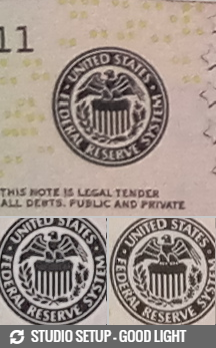 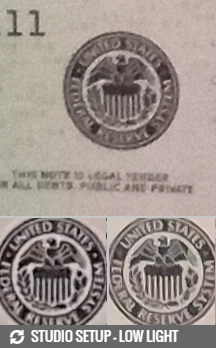 The UHD videos of the Meizu Pro 6 are recorded in the HEVC format, which is essentially the next-generation H.265 mode that has a much smaller storage footprint. While this advancement makes sense because it helps you reduce the storage requirements it means that most of your media players will need an additional codec download in order to play the videos you shot with the Meizu Pro 6. YouTube doesn't support it either. The smartphone itself has no issues with the videos, though.

The 4K videos (43Mbps bitrate) produced by the Meizu Pro 6 have average levels of detail, and the phone often loses focus because of the constant focus hunting. In fact, the AF is so jumpy, it may ruin the videos entirely on occasion.The contrast is good and so are the colors. The audio recording is stereo at 128Kbps bitrate.

The 1080p videos offer a wider field of view - their bitrate is also about 17Mbps, and the audio is stereo, but the detail can't compare to the high-res clips. The AF is still overreacting way too much unfortunately.

Head to our Video quality comparison tool for a comparative look at the Pro 6 video recording capabilities. The Pro 6 does slightly better in good light conditions than it's Pro 5 sibling, but fails at low-light scenes. The Moto X Force is the obvious winner here. 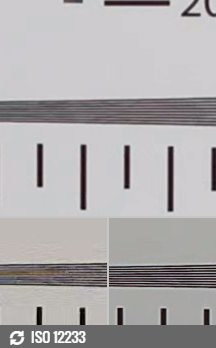 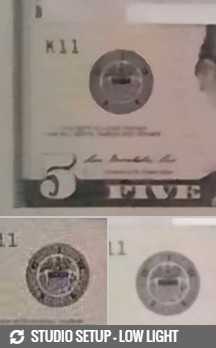