The Meizu Pro 6 got demoted from Pro 5's 5.7" screen and high-end Exynos chipset to a 5.2" screen and Helio X25. The Meizu Pro 6s was certified by the China Compulsory Certificate (CCC) and the rumored specs sound like another downgrade.

The phone will move to the Helio P20 chipset - MediaTek's new 16nm mid-range chipset. Compared to the X25, it loses the two powerful A72 cores and half of the Mali-T880 GPU cores. 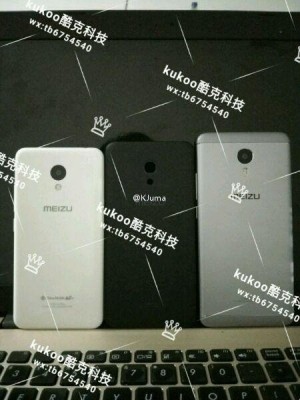 The Meizu Pro 6s will allegedly keep the 5.2" AMOLED screen (1080p resolution). According to the CCC, the phone will use an mCharge 3.0 charger rated at 24W.

Meizu is said to be planning a November reveal when the Pro 6s may have to share the spotlight with another device.

Thanks, Frank, for sending this in!

Cheap but lack processing power, benchmark does reflect real life usage. I've change to exynos & snapdragon powered phones & tablet ever since. crappy mediatek cores, go for intel instead if you are on a budget phone.

I know what you mean but like Abhay964 said, there is nothing available for that phone. No drivers, no proper source, no nothing. Thus nothing custom, which in turn means that the life of the phone is over the moment the producer doesn't wanna suppor...