The Meizu Zero is here - the world's first phone without physical buttons, speaker cutout and even without a USB port for conventional wired charging.

The Meizu Zero uses touch capacitive panels on the side as replacements for the conventional power and volume buttons (similar to what HTC did with the U12+, only without the buttons protruding the frame). For a speaker the Meizu Zero uses a piezoelectric transducer under the display (akin to what Sharp and Xiaomi have done with phones like the Aquos Crystal and Mi Mix). 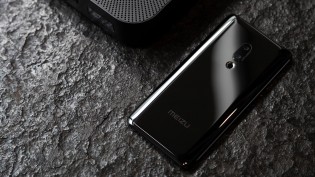 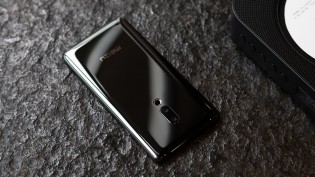 Removing the USB port is trickier to compensate for. The Meizu Zero is a wireless charging-only phone that offers Meizu-developed 18W charging, making it the fastest-charging phone wirelessly. Data transfers will only be conducted over Wi-Fi and mobile networks.

There's not even a SIM slot on the Meizu Zero - it uses eSIM, similar to the new crop of Apple iPhones.

On the front the Meizu Zero packs a 5.99-inch AMOLED screen with an in-display fingerprint scanner and a 20MP selfie camera. 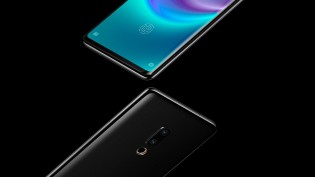 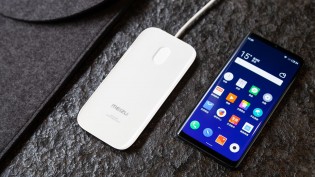 RAM, storage and battery remain to be seen and there's still no official word on availability or price. The Meizu Zero will come in Black or White.

Button-less phones are an interesting niche. We know vivo is bringing such a phone tomorrow but Meizu rushed to beat them to the punch. 2018 was a good year for smartphone innovation with pop-up cameras and sliders and it looks like 2019 is shaping up to be just as exciting.

Maybe it has a wireless enabled eRecovery like Huawei phones do? Hopefully.

How can you use recovery or download mode without usb cable?

Why not dip it in liquid nitrogen at 0 kelvins as well, it will even more cooler, at -273c, can't get cooler than that.