Alongside the M5 Note, Meizu also announced a fitness tracker - the Meizu Band. The TPU-clad wearable is aimed straight at the Xiaomi Mi Band 2 but commands a slightly higher price - CNY 229 ($33) vs. the Mi Band's CNY 149. 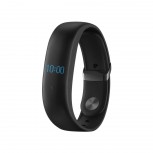 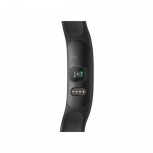 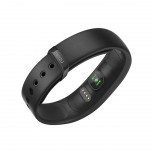 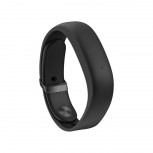 For that amount of cash you get an IP67 certified fitness tracker, complete with a heart rate monitor and an OLED display which becomes invisible while not in use. Meizu promises a 15-day battery life with the heart rate monitor turned off, and half that with the feature activated.

One of the defining features of the Meizu band is its wireless charging. Unlike the Mi Band, where charging is a fiddly process of extracting the actual device from the wrist strap and plugging it into its charger, the Meizu Band attaches magnetically to its (admittedly quite short) charging cable - as easy as it gets.

The Meizu Band will be available in China starting December 8. It's unlikely to leave its home country though, so you may need to resort to unofficial channels to get you hands on one.

I had seen a thread on miui forum which were asking users for suggestions for the next mi band over a month back. Judging from Xiaomi's speed in releasing products, it should be out in a couple of months.

My Mi Band has the same features and last 30 days in between charges. So your article is wrong.