Update June 28: An eagle-eyed reader pointed out that the render in the photo doesn't match the previously leaked images from the TENAA listing. The sensor alignment is slightly different and the chin size has been modified. Therefore, the specs and the price are likely not legitimate.

After the Weibo leakster from yesterday was able to snap a screenshot of the upcoming Mi Max 3 Pro from Xiaomi's official website, today we have the pricing of the regular Mi Max 3 as well.

The Mi Max 3 should be unveiled in the beginning of next month. The design of the phone pictured in the newly leaked screenshot aligns nicely with the previous ones and so do most of the specs listed. 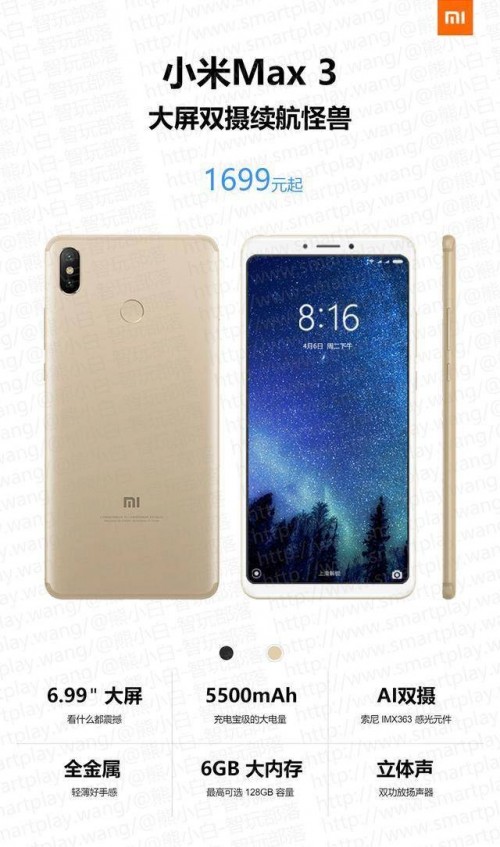 The 6.99-inch IPS display is still marketed along with 6GB of RAM and 128GB of internal storage. The back has AI-aided dual camera setup and a 5,500 mAh battery. Stereo speakers are also mentioned, which would be a first for the Max lineup.

The price of the listed configuration is CNY 1,699 ($258), suggesting the Max 3 will retain the great value phablet proposition of its predecessors. You still have to account for taxes rising the final price in overseas markets, though.

It's the opposite, it's really cheap.