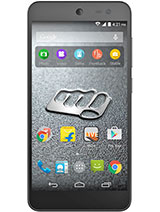 gyan, 02 Nov 2015after downloading 753 mb it reboots and nothing happened.. by mobile 3g networkAlready upgraded to v5.1 Lollipop
I had upgraded my phone after 1 month of buying it
To upgrade to lollipop your phone have atleast 80% of charged , There are 2 steps :--
First of all we have to go settings>about device>software update.
1st step : there will be an update of 7 mb and then phone will reboot.
Then a new update comes to your phone in that time
2nd step : there will be an update of 753.84 mb saying that one step away to upgrade to lollipop just download the update & install it then the phone will reboot and starts with a new version of android 5.1 lollipop in your Micromax Canvas Xpress 2 (E313)
Hope this will helpful
I have also a (E313) and already upgraded to lollipop.

How can i ensure that it is made in india?

after Upgrading . No Any Prob. In My Phn. Its Soo Gud. tnq Micromax.

Hi friends....
Some of u having issues after updating Lolly pop. My suggestion to them who did through OTA plz do it system updation n who ever did through service center plz visit again the service center. Bother them again with ur issues. After all its our hard earn money. But mine having no issues as I did the update through service center. After updating lolly pop roughly I gt nearly 5GB of space which was as same as when I brought it. Battery back up improved a bit not much. I got a default android browser and Micromax warranty app. Fr me both are useful. Some typical lolly pop features also which are really cool. Rest of the things are remain same as kitkat.

AnonD-462255, 03 Nov 2015I did update my xpress 2 today. After update I am not able to view my contacts in my phone. Ne... moreSolution: Settings>apps>all>contacts>now clear data and cache then reboot your phone... Done...

I purchased it on 28 Oct but it's battery backup very poor. Is any solution to make backup good because it's 2500mah but it is used like 1800mah???

chinky1, 31 Oct 2015those who have updated to lollipop 5.1 plz tell how much is space for apps 1 gb or 4 gb(approx)Lollypop update after very bad experience. Battery backup poor and no video call facility..

AnonD-462255, 03 Nov 2015I did update my xpress 2 today. After update I am not able to view my contacts in my phone. Ne... moreSolution: Settings>apps>all>contacts>now clear data and cache then reboot your phone... Done...

Any one is having a issue with file.. Whenever I tried to open any document it's always show file not support

AnonD-462429, 04 Nov 2015Guys I updated my canvas xpress 2 to lollipop today.........but surprisingly I haven't encount... moreBro i have xpress 2, can u tell me how many space it will be taken from phone memory and after update battery,lags and any kind of issues you seen or not

Guys I updated my canvas xpress 2 to lollipop today.........but surprisingly I haven't encountered any of the problems with my set......it's all working fine.....n I am really satisfied with performance and new look of my phone

after lollipop update I get 3+GB internal memory my camera quality reduce no video call facility use internet simultaneously both sim is not possible at a time go to setting and change every time, battery charging fast no heating or lagging

I was in two minds whether to update to Lollipop or not cause I had no problems except battery back up. At the end I did update on 1st Nov. Over Wi-Fi which went smoothly without any interruption. But after update battery drain is same as before. My suggestion is no need to update and invite problems as mentioned by some. I too faced some minor problems and and they were somehow solved. Given a choice to go back I would personally prefer to go back to KitKat but I don't think it is possible.Choice is yours.

AnonD-449661, 09 Oct 2015How can we know that if its made in India/ China.. and how to ask flipkart for replacement...???The phone I received is made in India. The manufacturer is not Micromax, but some other Indian company.

Pradeep, 16 Oct 2015As the cmpny declaired ROM of 8 gb,bt in my phone storage shows jst 4.98 gb,so thr is any othr... moreThe rest of the memory is required for the Operating System and the apps that come along with it.