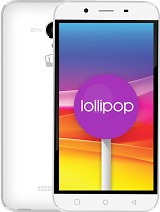 how to move apps on sd card

how to move apps on sd card

krishna, 04 Mar 2016Very Nice phone as PriceMy mob problem is i was canect the charging but his not working bt swch off mob then mob is charg plz give me solution

armaan , 12 Jun 2016according to my opinion u may purchase micromax doodle 4 because i have doodle 4 since last 8 ... moreI have a problem with my power button and after one week i loss my button and after that i loss my volume up and down button also .but the other things are good for the price

Hi, all, I'm using Micromax Doodle 4 from the begining of loanch the phone. This is a very good phone and I'm satisfied with this phone. All the features are good. Thanks to Micromax.

krishna, 04 Mar 2016Very Nice phone as Priceyes i am agree with you it is agood phone according to its price i am happy with this

Anonymous, 02 Mar 2016Stop using flipcoverwhy to dont use flip cover is there any problem if yes plzz tell

Anonymous, 29 Apr 2016Same here....power button lostyaa i also facing problem with power button when i long press it then only phone will start can anyone tell about this please i really need as soon as possible

Anonymous, 04 May 2016 can someone recommend a good phone from 7000 to 8000? pls according to my opinion u may purchase micromax doodle 4 because i have doodle 4 since last 8 months and functioning properly very good i agree with this so i suggest u to purchase that one

Durgesh Gupta, 09 Jun 2016Q391 Good Phone but i fed up because of battrey. six month before my battrey get puffed &... moreIm also facing the same problem

Q391 Good Phone but i fed up because of battrey. six month before my battrey get puffed & i go to service centre they said put the battrey in dustbin. after that service centre says that battrey is not available & from past six month i am not getting battrey of Q391.
What i do i cant understand
there is no response from micromax service centre & customer care centre.

One of the worst micromax phone. Just after 6 months of purchase the battery was inflated. Went to service centre. They gave one battery which cost almost 1500 rs. But it was a waste of money bcoz when they installed the battery the phone did not open means it did not ON. They told me that it will take a week and almost 2000 inr to repair. Then I did the best thing. I put the phone under the tire of a 8 wheeler truck. I am feeling happy after that.......

Hi it was working fine for the past one year. But creating problem nowadays. as someone mentioned space constraints are there always it is not at all 8 GB internal memory. Moreover whatsapp is a problem with this phone, when I tried to text, it gets shut down automatically. can anyone help me to overcome this issue.

Adil, 12 May 2016its the worst phone that i have ever used in its feature it is given that it has 8gb internal ... moreYeah, I'm agree with you,
I'm using Micromax canvas doodle 4
Company says that it's 8GB memory in it but it's only 4GB or below. This is so shameful for Micromax...

Yesterday I put my phone on charging when it got completely discharged.When I tried to switch it on it doesn't work.Can anyone tell me what to do?

Anonymous, 11 Mar 2016Same with meVery worst phone....parts are getting separated.... Fedup with this phine

I jst bought this phone but its working good cause its new but the worst thing is camera..... 2mp it suck with selfie.. Is it

shriya, 30 Apr 2016howz the battery? does it get charged up fast n stay long? pls someone tell me. n can someo... moreYa its battery backup is quite good maximum 2 days lasts...