The Unite 2, which was announced by Micromax back in May last year, has started receiving the Lollipop update. Sized at around 413MB, the OTA update brings Android 5.0 to the entry-level handset. The build is dated April 24. 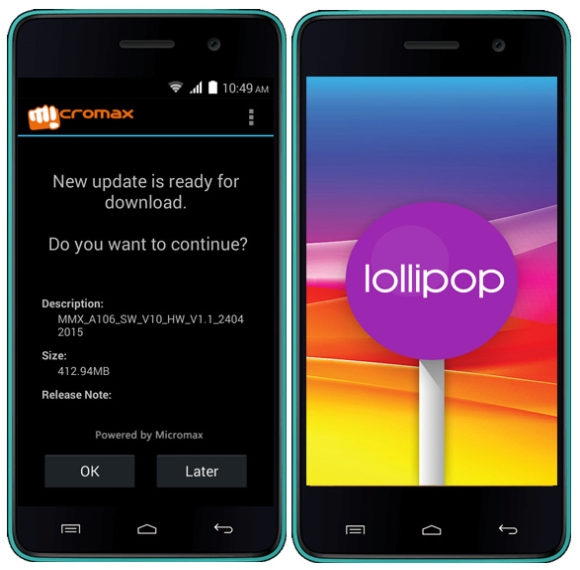 If you haven't received the update yet, you can manually check for it by heading to Settings -> About phone -> software update on your device.

This comes just days after Micromax officially launched the Unite 3 smartphone in India. The device runs Android 5.0 Lollipop out-of-the-box, and is priced at INR 6,999 ($110).

All Micromax mobile of all app update