Micromax will release devices in Russia and Romania this year

The Indian manufacturer of Android smartphones Micromax will launch its devices in Russia and Romania by the end of this year. Already a top-tier performer in its home market, the company aims to become a global hardware brand according to its co-founder Rahul Sharma. 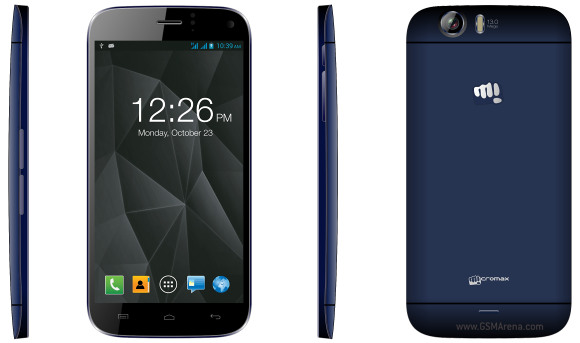 Micromax has already set up shop in Russia, with employees lured from rival companies. The manufacturer will launch a couple of products designed specifically for the local market. The Russian company Yandex has partnered up with Micromax on app level.

Being an Indian user of Canvas HD, I would say NO to MMX..Reason being: Audio output is very poor on headset as well as open. You can clearly guess it by checking out the headset quality. Even calls are not clear. Yes, camera, and performance was ok ...

I bought a Micromax X455 in Sri Lanka, it's made in China

Just zip it! Micromax will start manufacturing its products from India from next year!