It seems Microsoft is working on some changes on the Windows 10 Mobile Action Center that should make it a bit more functional. 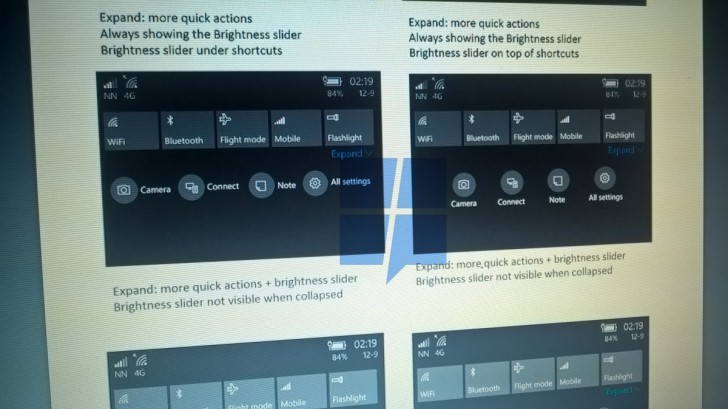 According to some internal slides from Microsoft, courtesy of MSPoweruser, Microsoft may be adding some shortcut buttons below the toggles in the Action Center. These will launch specific apps instead of simply toggling a function, and as such have a separate circular shape for the buttons. There is even a brightness slider now added in between the two, making it look similar to the notification shade on most Android phones. 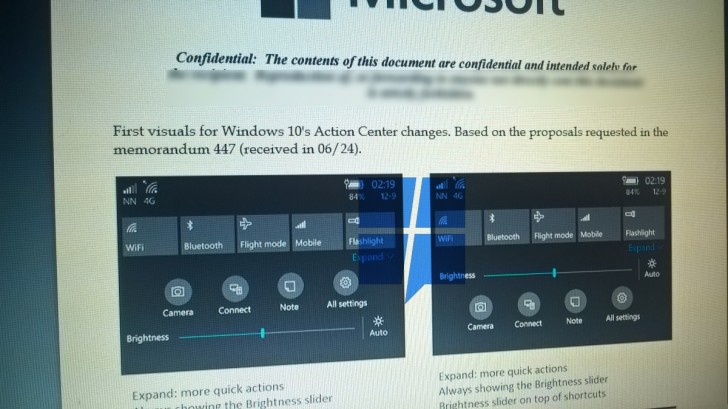 These changes are said to be most likely incorporated in the upcoming Redstone 2 update, which is coming some time next year. Of course, a lot could change until then and as can be seen from the slides, they haven't quite nailed down the design yet.

Why the hell they r not moving the battery &#128267; % next to the battery.So that we don't have to drop the notification every time to check it