Microsoft has announced a limited edition variant of the recently announced Xbox One S, the Gears of War 4 Limited Edition 2TB Bundle. 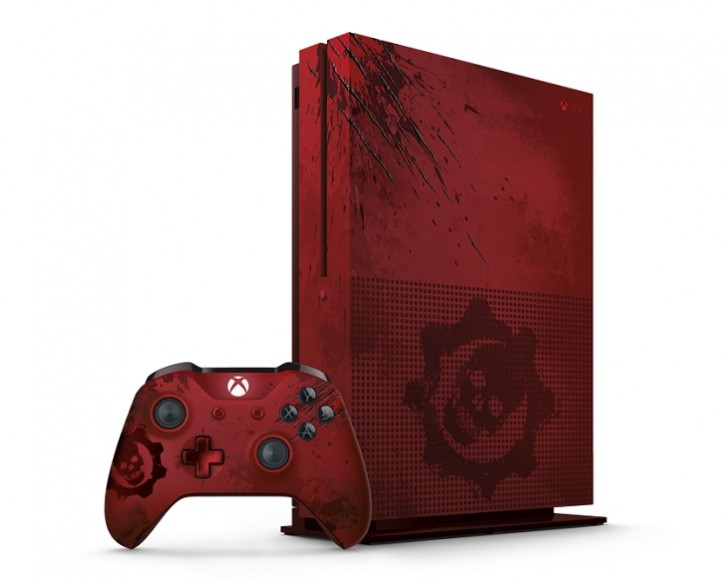 The first of its kind custom variant of the Xbox One S, it features a deep crimson color with blood spatter all over it and the Gears of War Crimson Omen painted on it. There is a matching controller to go with it to, featuring the updated Xbox Wireless Controller with improved range. The console will also come with a vertical stand. And of course, you will get an online copy of the game, which also includes a code for the Windows 10 version.

you call yourself a consumer but you complain about the producer's decision to make the product not available in your are? you are just a buyer, not a consumer online purchase has warranty on it and sometimes has lower price than what you have i...

I think it looks very cool and although I like the GoW very very much, but i'll go with PS4 cuz I think it's has a better value and game collection over Xbox. and for our friends from other parts of the world, FYI limited edition units are for limi...

From what you said, i now realize what if sm1 is stupid enough to buy a new console just because he will also get the new controller and go sell is old one undervalued or not sell it all, and waste even more money