Microsoft today announced the next generation of game console, the Xbox Series X. Previously known as Project Scarlett, the Xbox Series X is the fourth major console release from Microsoft and will be available for purchase this time next year in Holiday 2020. 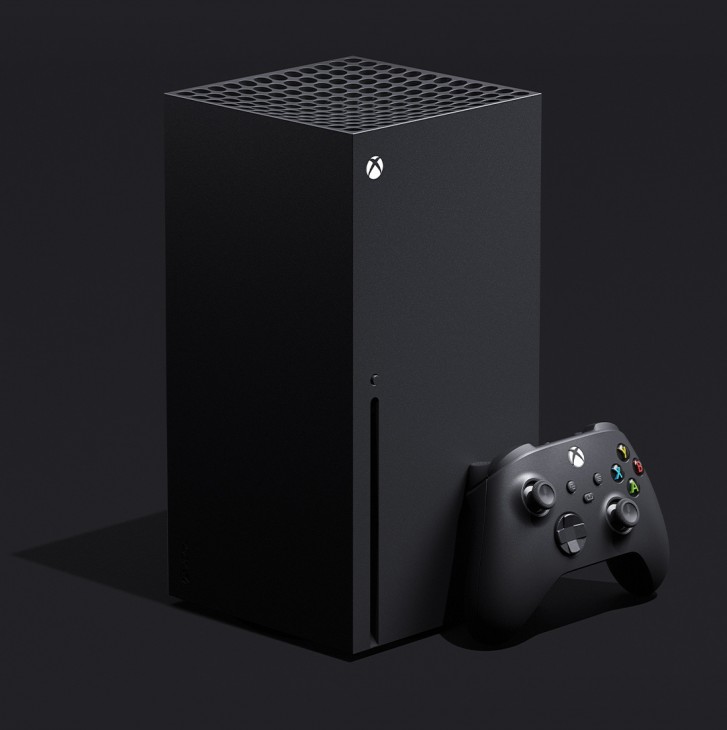 The Xbox Series X is the successor to the Xbox One and the Xbox One X series of consoles and today's announcement finally gives us a look at the final design of the hardware. The Series X features a vertical, monolithic design that eschews the AV rack friendly form-factors of previous generations. Microsoft says the Series X can be placed horizontally as well.

The front of the chassis houses a vertical disc slot with an eject button next to it. Also found is a single USB-A port along with an unknown button next to it. The glowing Xbox logo is in the top left corner and likely also acts as the power button.

The top of the device has what looks like ventilation grille with green lighting. By the looks of it, the thermal and cooling solution is similar to the 2013 Apple Mac Pro, where the cool air is pulled in from the bottom and expelled out the grille at the top. 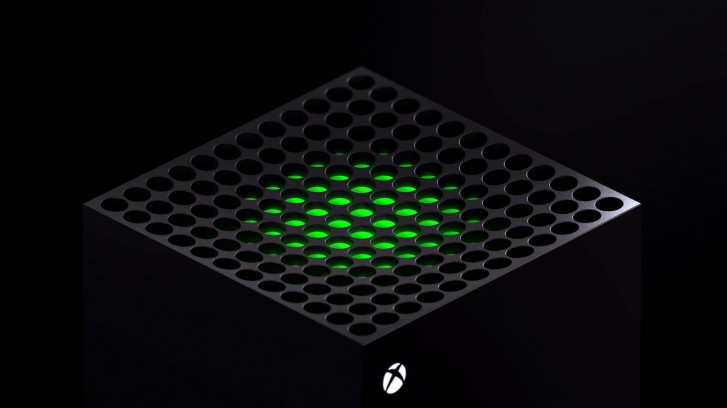 The back of the console seems deliberately obscured in all the promotional material so we are assuming there are some surprises back there that Microsoft wants to hold on to for the final release. 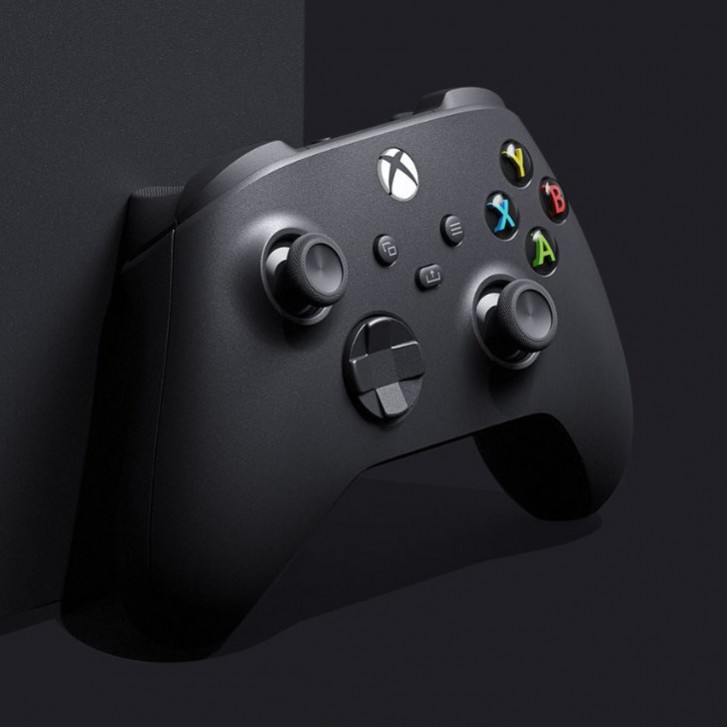 Coming back to the console, the new Xbox Series X features a new generation CPU and GPU from AMD. The CPU is based on the brand-new Zen 2 architecture found in the critically-acclaimed Ryzen 3000 series of desktop CPUs while the GPU is based on the RDNA architecture found in the new Radeon RX 5000 series of desktop GPUs. The new console will also feature integrated flash storage for significantly faster loading times.

Microsoft has some bold claims for the kind of performance we can expect from the new console. The Xbox Series X is claimed to have 4x the performance of the current console performance king, the Xbox One X. This means the Xbox Series X can do things like 4K at 60fps consistent or even 120fps in some cases. The console will also be able to output in 8K, although it's likely the actual rendering will remain limited to 4K.

More important than resolution, the Xbox Series X also packs in some other, more relevant features. Variable Refresh Rate or VRR (also found on the Xbox One X) will ensure your display refresh rate matches your output frame rate on compatible monitors and TVs, so you get a consistent tear-free and stutter-free gaming experience. Variable Rate Shading or VRS will dynamically limit the shading in areas where it is not needed and focus the GPU resources in areas where it matters so you can get better performance without a perceptible drop in image quality.

The Series X also harnesses the Auto Low Latency Mode or ALLM in HDMI 2.1 so that the connected display will automatically switch to its lowest latency mode (often called Game mode) when the console is plugged in. A new feature called Dynamic Latency Input has also been added for developers to take advantage of and reduce the input latency in their games. Microsoft claims this makes the Xbox Series X the most responsive console, ever. These are useful additions, as input latency even on current generation consoles is often quite high compared to something like the PC.

Microsoft showed off some of the graphical abilities of the Series X in a new trailer for Senua's Saga: Hellblade II, a sequel to the excellent Hellblade: Senua's Sacrifice. The trailer shows in-engine footage rendered on the Xbox Series X at 4K. The video showcases exceptional textures, lighting, material detail, particle effects and animation. However, in-engine trailer isn't the same thing as real time in-game footage and if anything this is more of a showcase of the game engine than the Xbox. The trailer looks quite impressive but then they usually do and we'll just have to wait for next E3 for some (hopefully) in-game footage.

Apart from the new games, Microsoft is also promising backwards compatibility with all three previous generations of Xbox games. This means you won't have to leave your current and old games behind as you upgrade to the new console. The console also features support for cloud gaming.

We will find out all the other details regarding the console and the launch titles closer to launch, possibly at E3 2020. Now all eyes are on Sony and the next generation PlayStation announcement.

When it coming out

People who don't know what they're talking about see some individual specs and form wild expectations by combining them. Usually these are peak numbers to the exclusion of near all else. It will probably support 8K streaming. Some games will hit 1...