Microsoft's search engine Bing is displaying network speed test results directly on the search page for some users. A user who spotted the functionality shared the screenshots revealing that the behaviour is consistent on both mobile as well as the Web. 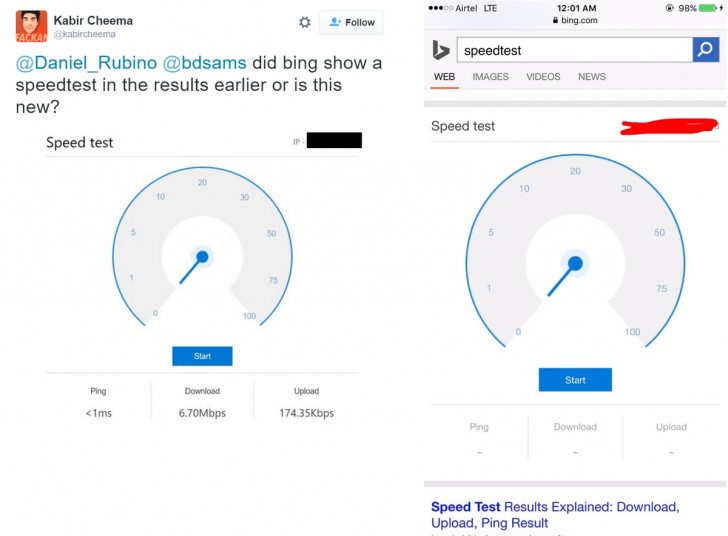 There's no official information on the feature, so it's a bit difficult to say at this stage whether the Redmond, Washington-based company has quietly started rolling it out or is just currently testing it.

We tried performing the same search on our side, but couldn't reproduce the behaviour - both on the Web as well as mobile.

yes, it works in India on all browser

Why not? I haven't used Google search for a year.

Why would anyone use BING?!?