Microsoft delays Windows 10X and Surface Neo beyond 2020, no word on Surface Duo

According to insider information Microsoft has delayed its Windows 10X OS and the Surface Neo dual-screened PC, originally aimed for the Holiday season, until the end of 2020.

Microsoft is reportedly focusing on single screen devices as that's what the world needs in the current state of pandemic.

The report doesn't share anything on the Android-powered Surface Duo, which could still be released in 2020, despite Microsoft's supply chain being affected by the COVID-19 outbreak. 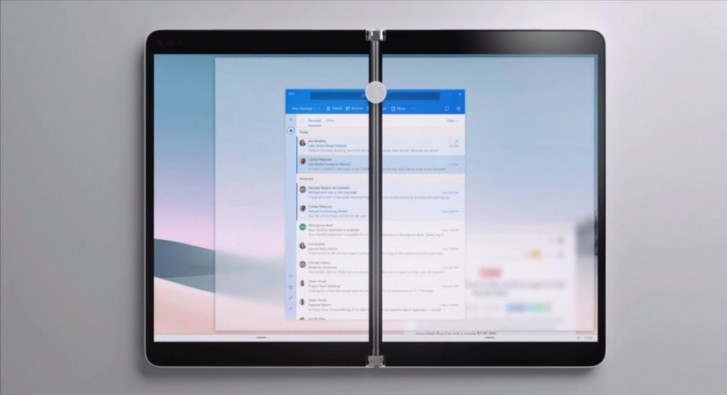 Windows 10X is the new, more streamlined OS that Microsoft initially tailored to dual-screened devices, but which was later promised to come as a future OS for every form factor.

The Surface Neo is the device that Microsoft showcased when it announced Windows 10X. It has two 9-inch screens connected by a physical hinge.

The Microsoft Surface Duo is a dual-screened Android device, of which we know little, but which is still very much in the works, as this camera sample from Microsoft's Chief Product Officer Panos Panay from yesterday proves.

Take that back... Literally Lmao...

Typical of Microsoft. They'll probably introduce the dual screen device 7 years from now when the market is already saturated.