Microsoft Lumia 535 lands in the UK tomorrow, will be cheap

Microsoft will apparently release the Lumia 535 in the UK tomorrow. We've known for quite a while that it was headed over there eventually, and now we may be very close to its actual availability. The phone has already been out in other markets, and it's ready to take its affordability to the UK too.

Speaking of which, Amazon has priced the Lumia 535 at exactly £97.32. That amount is pretty much in line with the pricing we've seen in other parts of Europe, and we're talking about a SIM-free and unlocked smartphone that you'll be purchasing for this much. 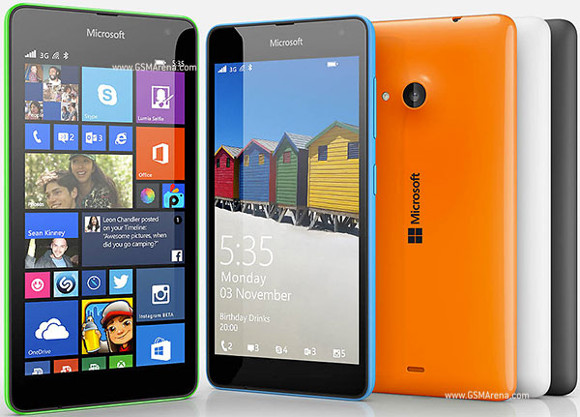 The retailer says the Microsoft Lumia 535 is due to be released on January 14, 2015, and we're taking its word for it. However, the Lumia 535 seems to already be in stock at a couple of other online retailers, namely Clove and Unlocked Mobiles. Pricing never goes above £100 whichever company you buy from, so it looks like that might be Microsoft's recommended level for the UK.

i percage the Nokia lumia but i cannot search the mac address W.F.I Please help me.

Not trolling it's the truth the 530 screen is sub par and should never be experienced. It ruins the smart phone experience.