If you're getting excited about the upcoming Windows Phone flagship from Microsoft you probably don't want to hear about another mid-ranger, but here it is. The Microsoft Lumia 550 has cropped up in a Swiss store for CHF 114 ($117/€104) and it could become the first of the 5-series to support LTE. 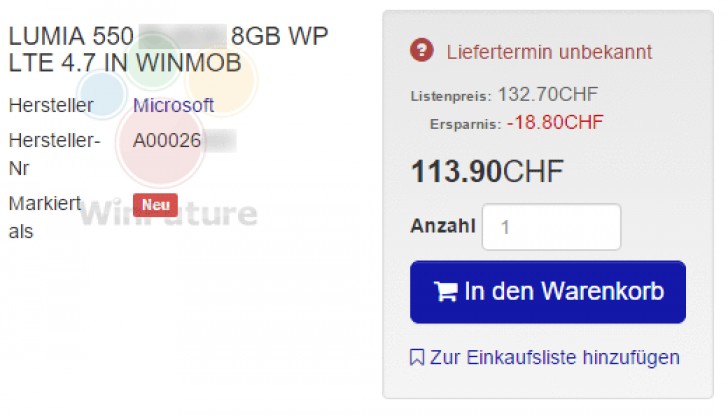 Microsoft scheduled an event for October 6 and we were really, really hoping for the mythical Lumia 940 but we may be getting mid-rangers too.

Can you tell me that Lumia 550 does supported high definition movie and videos.

Good looking! I believe it can be charged by surge protector with usb very well!

Only on LTE version, the 3G version has the same SD210.