The Microsoft Lumia 640 XL smartphone is now available for purchase in the UK, straight from the software giant's own online store. The phablet has been up for pre-order over there since mid-March, and now it's finally to be found in stock.

The price you need to pay for one is £219, VAT included - and this is without the need to sign a contract with an operator. For now, only the black and orange color variants are available, so if you want to get the Lumia 640 XL in white or cyan you need to wait some more unfortunately. 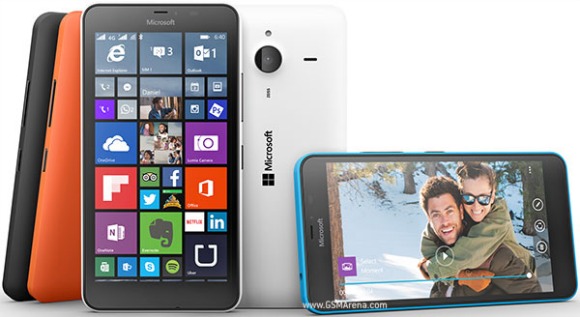 The Lumia 640 XL joins the smaller Lumia 640 in Microsoft's portfolio in the UK, which has been up for grabs for a few weeks now.

The phablet is rather affordable, even with its decidedly midrange specs. It comes with a 5.7-inch 720p touchscreen, a 13 MP rear camera with LED flash, a 5 MP selfie snapper, 1GB of RAM, 8GB of storage, a microSD card slot, and a 3,000 mAh battery.

It's powered by the Qualcomm Snapdragon 400 chipset, boasting a 1.2 GHz quad-core Cortex-A7 CPU and Adreno 305 GPU. It runs Windows Phone 8.1 with Lumia Denim, and it will be updated to Windows 10 for phones once that comes out.

Out of stock, so not avaiable to buy, reminds me of when I wanted 1530, microsoft discontined 1530, pretended still being sold, I bought 2nd rate 1320 instead, still rankles.Out of stock and somehow avaiable to buy. Lead up the garden path and foole...

great windows phone i have using last 10 days no any issue find on this device. 08/10.