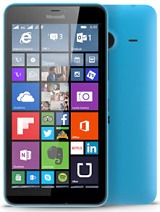 AnonD-629611, 08 Nov 2017hi... I'm going to buy a small smartphone... I just want that it hase "?Best antenna signal"... moreHey, you can close your eyes and take the lumia 640xl with a external SD card of 128GB storage. The phone works well, I keep coming back to my 640XL every now and then. I can tell you for a fact that don't be disappointed by the plastic body as plastic is much better when it comes to reception in comparison to steel or glass bodied mobile phone devices.

So, without any hiccups go for 640XL if you can shell a $20 to 50 you can get the lumia 950xl I would also suggest you consider the 950xl is because of the internal storage space of 32GB which comes handy if your decided to root your Lumia device to use the WindowsX and side load apps.

Had the Lumia XL LTE for nearly 3 years now and never had any problem
paid $240 Aussie dollars. To me...the best phone ever

hi... I'm going to buy a small smartphone...
I just want that
it hase "?Best antenna signal" and "best voice quality".....
between -
-lumia 650 (lte-dual sim) -
- lumia 640 (lte-single sim)-
- lumia 640 xl (lte-dual sim)--
Which one to choose??? or models and other brands??
Because of the authentic tests, these three phones have the best antenna..
i want one smartphone with small screen but best signal 2G and 4G antenna
and best call quality... i work in basement and 4g is very very week...,/ too 2g is week and call is disconnected and connected, and my voice does not go to the receiver..
please help me too choose best small smartphone for best antenna signal call quality...
thanks alot....

Not sure why all the bad opinions on this phone, I love mine. Its large. streams video great. the OS is a breeze, the tiles are way better than the icon based IOS/Droid. Syncs with my Win10 PCs at work and home, free cloud backup for pics/videos, 128 gb expandable SD lets you install apps and use like an expandable hard drive (many droid devices do not). never notices the app shortage, plenty of games, links to my Xbox live and my Xbox One console, I can access my Xbox One console from phone, easy set up of multiple email addresses including my work and Gmail accounts. setting up my email account was easiest I've ever experienced. awesome intuitive OS with its original tile based system and the highly customizable options puts your generic hard to find, easy to accidentally move icon based OS options to shame. Because its so different than the same old same old and I have it customized it looks great, people come up to my and want to know what kind of phone it is. has Microsoft work, excel, power point + so much more already installed. free upgrade and ongoing support for windows mobile. fraction of the cost of the competition. not a flag ship model but awesome value, takes good pics. paid less than $65.00 with shipping for open box model over a year ago, holds up very nice still looks great. I can load any apps, setting or options I want and edit the tile size to access everything I use with just a quick tap of a finger. IF on a budget the Lumia 640XL is much better buy than competition. I recommend.

Just 6 months of use, I can't access my store anymore. message on screen reads 'something bad happen, unknown layout specified in manifest'. Please, how can I get my store back?

Horrible, as user i fell abandoned by microsoft, im getting other phone asap or try to instal.android on it which looks bit impossible,

Why is the sim1 not functioning again after I reset the phone and why is the FM radio not seen again after upgrading to windows 10?.

If you like seeing ads, use Microsoft Edge
If you don't, Install Monument Browser. It is the best browser for windows phone.

"Sony Extra Bass MDR-XB50AP" earphone not supporting in "Microsoft Lumia 640 XL Dual Sim LTE" mobile phone. It supported till mid of January 2017. I think that becasue of some new mobile OS update its not supporting. Someone help in this issue or suggest an equal earphone that supports and should have the same frequency response (4 - 24,000 Hz) and effect as the stated Sony earphone had.

Hi, suddenly internet explorer options gone from my fone, anybody facing similar issues, pls help as not able to access any site. Thanks

Really bad phone, you will regret spending money, the OS is verry unstable,and social apps are not working from time to time.

Been using Windows Phones off and on. Moving up to 950xl for the 3gb ram. Unfortunately social apps recommend 2gb and it runs slow on only 1gb ram.

I bought 640XL LTE Dual Sim back in October 2015. I was kinda die hard fan of Windows Phone because I was bored with Android and kinda annoyed Android's sluggishness. Was using Android on various devices for about 4 yrs. Realized after every update Android became slow. On the other hand, I had development experience on Microsoft Platform (.NET, C#, VB). So thought of picking up one solid Windows Phone device would be helpful. Well no doubt that this particular device is a solid one. It had good camera, great battery life (really good backup), relatively big screen, etc (Although not AMOLED but was good enough). Came with Windows Phone 8.1 out of of the box. This OS was way better than any previous Windows Mobile / Phone. I liked most parts of Windows Phone and best part of all, no hanging or sluggishness like Android. Although only 1GB RM, Windows Phone tackle it well. That's why don't ever directly compare phones with different OS nature, like Apple, Android and Microsoft. Windows Phone's memory handling mechanism is unique such that 1GB RAM was sufficient back then. The biggest problem for me and i suppose for everyone is app availability. It really sucked to the max. The only good and stable apps were like WhatsApp and Instagram. Instagram was in BETA quite long but it is is finally out. Instagram was really feature rich and mostly stable but occasionally crashes. Facebook was the worse. FB app has never EVER been stable on Windows Phone. Back in Windows Phone 8.1, FB app had update issue..Was showing up old stories in news feed no matter how many time we update. After Windows 10 Mobile came, became more interesting. I updated mine and my device was still smooth (no crashing or sluggishness like some complain). FB app improved but still sucked. Built-in Photos App only improved a little on Windows 10. I had so much of private files in my phone especially porn and there were almost zero 3rd party app that can lock my files or something. This is largely because of Windows's architecture. Every app is sandboxed, therefore individual app locking could not be achieved. Unless you have very special needs or super duper bored with iOS and Android, then don't get Windows handsets. They are quite left behind and need to catch up really a lot, especially on the app support part.

VINAY, 05 Jan 20174g sim not activate in this modelPlease follow the below options.
1.check if the phone about section shows LTE.If it's not there then phone won't support 4g sim
2. Under mobile data you can change the option to 4g
3. Check if you are using a 4g sim.

Anonymous, 22 Sep 2016Click mobile number and block call and check in Go to setting then call+SMS filter Press and hold any number u wanna block and block the number from diallled list. You can also block SMSes