Microsoft Lumia 950 is the firstborn of the new Lumia series, following the company's strategy shift. It's a precisely designed smartphone with clear ideas for its future, sharp hardware choices and groundbreaking software innovations. It's an epic device based on Nokia's legacy and reborn under Microsoft's custody.

The Lumia 950 bets on business looks, powerful hardware, jaw-dropping screen quality, and innovative software approach. It's able to offer one of a kind software features such as Windows Hello iris authentication and also Windows Continuum, which allows the phone to offer PC-grade experience when hooked to a TV screen.

The Lumia 950 also brings back a few iconic Nokia features, part of the fans' checklist - an iconic PureView camera with optical stabilization and enviable quality and four-mic recording in its 4K videos, user-replaceable beefy 3,000 mAh battery, and a microSD card slot.

Windows OS for Phones also leveled up with a brand new system core, universally shared across all Windows 10 versions - Mobile, Desktop and Xbox. It supports a plethora of new functions, it refines the interface and brings improved multimedia and office apps.

There are so many things to cover, but before that here is what you can expect.

The future of the entire Lumia series and Windows 10 Mobile hangs in the balance and it depends on the success of the new Lumia trio - Lumia 950 and 950 XL, plus the budget Lumia 550. And even before we get started exploring the Lumia 950 and all of its new features, Microsoft seems to be on the right track with this one. The Lumia 950 lacks nothing we can think of, Microsoft literally thought of everything. 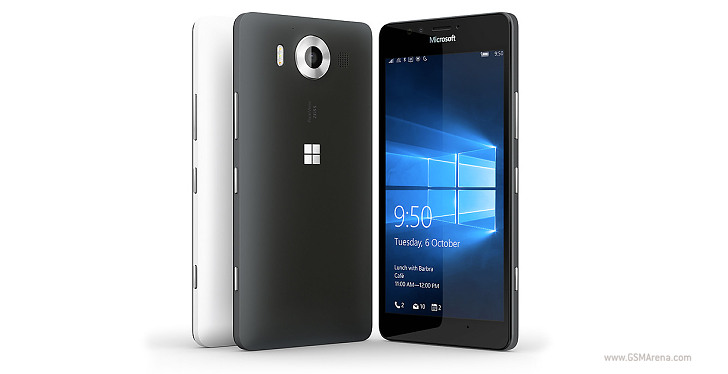 Are those carefully chosen features going to be enough for the Lumia 950 to make it through the overcrowded market out there? Let's find out.

Where did you manage to buy for 20 dollars