Microsoft Lumia 950 XL, the long-awaited comeback of the Windows phone phablet, is eagerly anticipated by every fan of the brand. It makes use of one of the best hardware around and it's the perfect demo platform for all newly introduced Windows 10 Mobile features.

The improvements that the Lumia 950 XL has compared to the Lumia 950 include the bigger screen (5.7" vs. 5.2") and the beefier chipset (an eight-core Snapdragon 810 vs. a six-core Snapdragon 808). The new liquid cooling system is also welcome, and hopefully it can take off some of the extra the heat generated while playing games or using Windows Continuum.

Hardware-wise, the Lumia 950XL has a lot going on for it. Windows 10 Mobile has also evolved into a well-rounded mobile OS and the prospects for its app eco system are brighter than ever, now that the long awaited universal apps will bring some cross-platform sharing of applications with desktop computers. Windows Continuum is another unique proposition, while Windows Hello is among the first iris-scanner based mobile authentication solutions. But before we get any further into that, here's our cheat sheet of the main specs points.

Sure, Microsoft could have done better with the design, especially with such a high asking price. Matte plastic isn't considered premium anymore and whether the Lumia 950 series is entitled to such a high price tag is indeed debatable. Body materials are of course a matter of personal preference and some people may consider plastic to be more durable than glass and lighter than metal, not to mention that understated looks are actually preferred in certain circles. 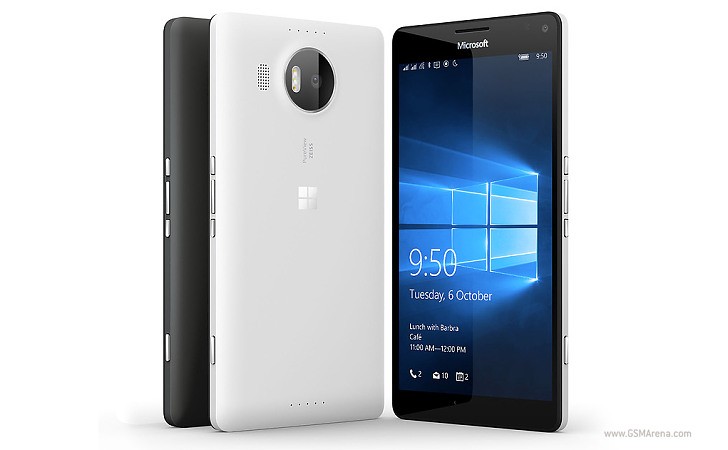 There are so many exciting features to discover that by the time we're finished, you would probably forget about the controversial matte finish altogether. The Lumia 950 XL is a phone that's easy to fall in love with. It has a promising specs sheet, and we already know first-hand that its sibling - the Lumia 950 - is a great phone, so join us as we attempt to find out whether the phablet in the family is actually any better or worse. Let's find out.

I have Lumia 950XL over years and it is still the best phone for shooting photos and even for videos. Unfortunately it is not supported by app providers/developers. Who knows why !Google! :D I can compare it to many android phones and sadly none of a...

No it's not I use it every day in car, paired with Samsung buds, garmin watch, connect faster to car then note10+,