Project Pink are in fact a bunch of secret new phones, that are currently being developed in the Microsoft labs, away from curious eyes. However as it often happens, the labs aren't as leak-free as the people in Redmond hoped. So what we have here are the first leaked pictures of the project Pink phones - Turtle and Pure. And those aren't even some messy spy-shots we are talking about - it's the official photos that weren't well protected.

It was long rumored that Microsoft are preparing a Zune phone, based on their Zune players' multimedia platform but it's the best piece of evidence about it that we have found so far.

Both Turtle and Pure are sliders with QWERTY keyboards onboard and at least one of them sports touch screen. Hardly much more info is available at this time but you can enjoy their pictures. 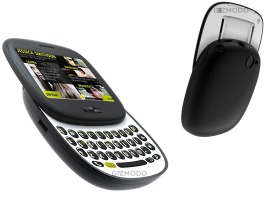 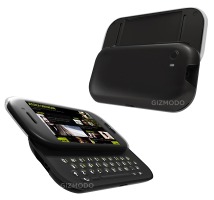 The Microsoft Turtle and Pure

The Pink duo is going to be manufactured by Sharp and it is expected to be co-branded by Microsoft and the Japanese manufacturer. As you may remember Sharp made the Sidekick family for Danger, which was acquired two years ago by Microsoft. This may be the reason of the Sharp involvement, especially when the Pinks aim virtually the same audience as the Sidekicks.

The Pinks are rumored to feature the Zune services and have an app store of their own but that might be purely guesswork. We guess we will have to wait for the official confirmation to clear that out.

this is very disappointing coming from Microsoft. and especially, when the competition (Apple) has a revolutionary device such as the Iphone, you'd expect a product that would AT LEAST TRY to take the title away.

heh dont u temember the story about the turtla and the hare? tutle come first