Last month Microsoft unveiled the Office Mobile for Office 365 for iOS and now the Redmond company is following up with an Android version. It allows you to edit docs on your phone and sync them with SkyDrive. 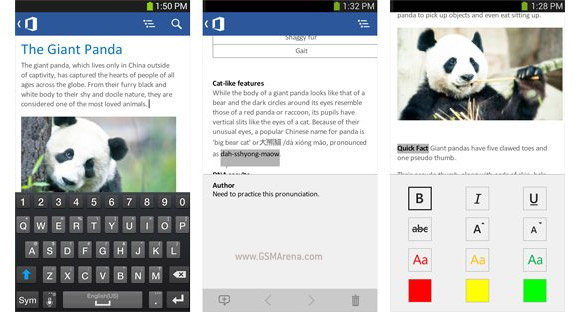 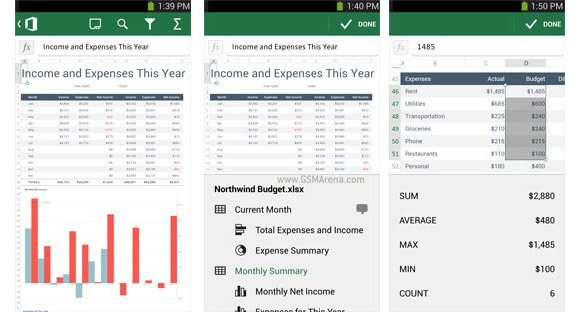 Better still, the Office Mobile for Office 365 reflows the docs so that they look good on your phone and are easy to edit, but that doesn’t break the formatting on the PC. Speaking of the PC app, the last files you edited will show up in the Recent Documents tab so you can continue editing on the phone right away, even the Resume Reading feature works (it takes you to the point of the document you were editing last).

Sharing is enabled, so you can easily share a doc from your phone when you're done with the corrections.

The Office Mobile for Office 365 (catchy name, isn't it?) is available right now in the Google Play Store, but there are some limitations. For one, the app is available only in the US, but Microsoft is promising to add more countries to the list in the coming weeks.

Also, you need an Android 4.0+ phone. Note phone, not tablet – it's an annoying limitation as people are more likely to edit a doc on a tablet than a phone. Also you need an Office 365 subscription to use the app (you can get a 30 day trial), unlike the WP8 version which is free out of the box. And unlike the iOS version, which also requires a subscription, you can't buy one from the app itself, you need to go www.office.com and get one from there.

guys. are you kidding me ? you cant even open files stored localy!! this is not competitor for office programs on android... its just another microsoft failure. Dear microsoft. go to hell with your skydrive(or whatever will be name in future). I am n...

WP8 is also free with WP8 phones, still only 3,9% of the worlds phone buyers. Very few of Androids all Office suits for Android is free. If you want premium functions. The reason why MS is launching Android and IOS Office suits is because...

Says the guy with the name "killer droid 2.0"