The official Microsoft UK store now lists the Lumia 950 and Lumia 950XL smartphones in the "Windows 10 Ready Phones" section of the site. Clearly, this is a result of a mistake, as the phones are supposed to be officially announced on October 6. 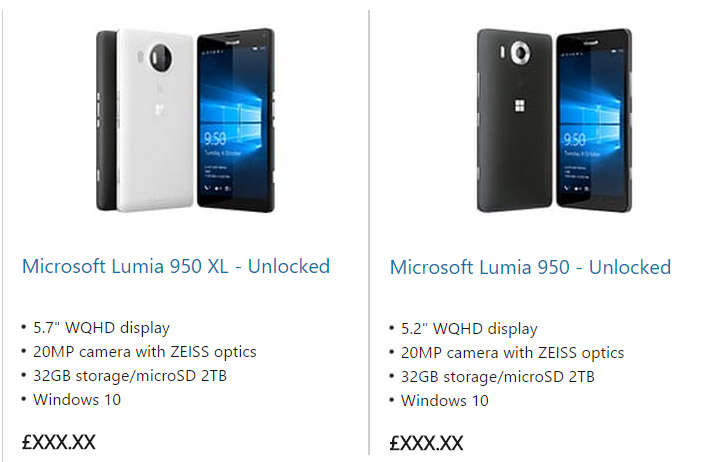 As you can see, pricing isn't specified and has been listed as "XXX.XX." The specs confirm previous reports about the upcoming Lumia flagships. As per past leaks the Lumia 950 and Lumia 950 XL will have a 5.2" and a 5.7" displays, respectively, both at QHD resolution.

Less than a week from now, at the company's October 6 event, we'll get to see the debut of the duo alongside the Lumia 550 mid-ranger.

It's not hard to convert an app.

You can't even type properly, Lumia is obviously too good for you.