Yesterday, Microsoft sent out invites to members of media in India for the launch of Lumia 640 and Lumia 640 XL . The invite carries the following punchline: "Inspiration doesn't only work 9 to 5." 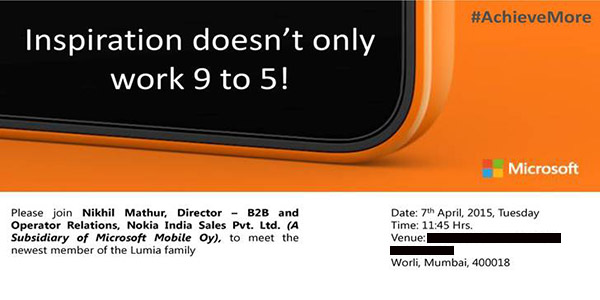 The Lumia 640 XL has a 5.7" IPS ClearBlack display packing the same hardware as the Lumia 640 albeit with a Carl Zeiss optics powered 13MP rear camera and 5MP front camera.

When Lumia 640 duel SIM available in Bangladesh? I am waiting for this phone. Please inform me.

hey guys when will Nokia lumia 640 XL LTE launching.plz help me. nd which site I purchase.