Microsoft Translator arrives on iOS and Android with wearable support

Microsoft has a competitor for Google Translate, and today it's launched it as an app for both iOS and Android. Furthermore, the Microsoft Translator mobile app comes with built-in support for both the Apple Watch as well as Android Wear smartwatches.

So using it you can translate stuff by just speaking to your watch, never needing to take out your phone. Of course you can also use the app on your handset or tablet too if you so wish. 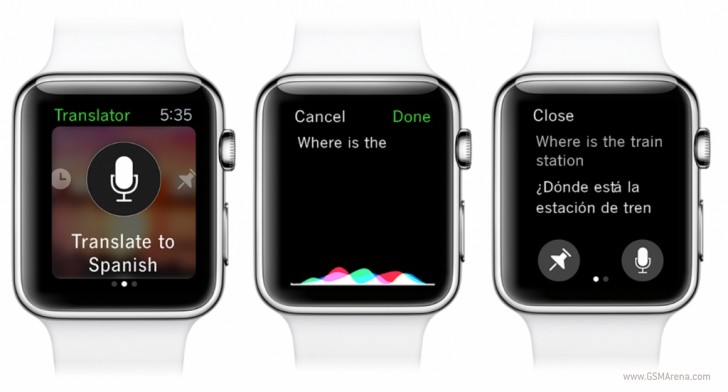 Microsoft Translator currently supports instant translations between 50 languages. You can use it with your watch for spoken translations, or with your phone or tablet when you need to translate typed text. It works either way.

You're able to pin your most frequently used translations and settings for faster access through your smartwatch. You can also browse your history if you want to.

Microsoft Translator is powered by the technology that's used in Bing and Skype. It's available today for free from the iTunes App Store and the Google Play Store.

wow!! this is really nice though. I can go anywhere with this. :)

Microsoft Translator looks great Will have to use it