Both phones will launch Windows Phone 8.1, but Microsoft's intention is to bring them and other modern Lumias to Windows 10.

The Microsoft Lumia 640 is bigger and has a better screen than other 6-series devices, it packs a 5" IPS display with 720p resolution (294ppi). The display enjoys Gorilla Glass 3 protection.

The phone is powered by a Snapdragon 400 chipset (quad-core Cortex-A7 at 1.2GHz) with 1GB of RAM. There's also 8GB of storage, expandable with up to 128GB microSD cards. 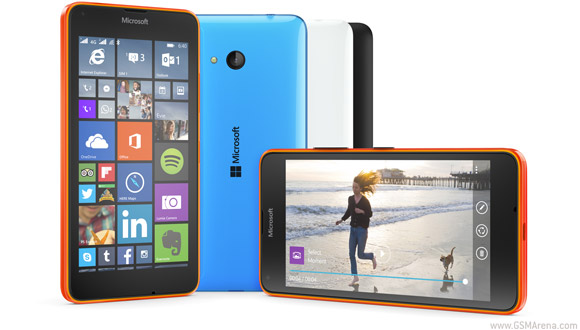 The camera department has been upgraded too with an 8MP shooter and a 1MP selfie camera. The main camera shoots 1080p video at 30fps, while the front camera manages 720p. The camera also gained an LED flash, unlike previous models.

The phone will be very flexible when it comes to connectivity with single and dual-SIM versions, plus 3G and LTE versions. There will be a dual-SIM LTE version in case you were wondering.

There's a 2,500mAh battery to feed the larger screen and the advanced connectivity.

The Microsoft Lumia 640 will be available in April and will come in a variety of colors, including Cyan, Orange, Black and White. The 3G version will cost €140, while the LTE version will be €160.

Microsoft's new phablet is in the affordable-but-capable 6-series, instead of the 13-series. The Microsoft Lumia 640 XL improves on its smaller namesake with a 5.7" screen. The screen is an IPS LCD with 720p resolution (259ppi) with ClearBlack tech and Gorilla Glass 3 protection. 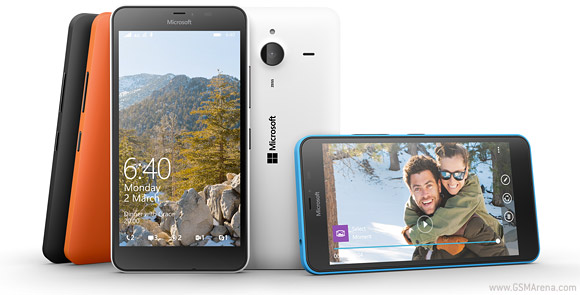 The phablet is also powered by a Snapdragon 400 chipset wiwth aquad-core 1.2GHz processor with 1GB of RAM. You get 8GB storage out of the box and can bring up to 128GB of your own.

Microsoft Lumia 640 XL's features sound all the more impressive when you consider the price - €190 for the 3G version and €220 for the 4G LTE version. Again, there will be single and dual-SIM versions, including a 4G dual-SIM.

Despite the increase in size, the phone will measure 9mm thick and pack a 3,000mAh battery. It's not particularly light though, at 171g.

Both phones will be available on a wide range of carriers: AT&T, T-Mobile (both US and UK), Carphone Warehouse, EE, O2, Orange, MetroPCS and Telefonica.

If you buy either a Lumia 640 or a Lumia 640 XL you'll get a free 1 year subscription to Office 365, 1TB of OneDrive storage. Additionally you get 60 Skype minutes per month, so you can call abroad on the cheap.

If the ram and internal memory will be more (2GB and 16GB respectively) . it would be a better smart phone by Microsoft.