Microsoft will skip WP8.1 GDR2 and jump to Windows Mobile 10

Industry inside sources claim that Microsoft will likely scrape the WP8.1 GDR2 update and jump straight to Windows Mobile 10, or Windows 10 Mobile preview as it is known. Participants in the beta testing program should be given access to the preview pretty soon and the news should be officially announced at the upcoming Windows 10 consumer experience event on January 21.

GDR2 itself was set to roll out in October and bring about a number of graphical and functional changes. Among them were an option to quickly toggle mobile data on and off and Cortana, both of which seems to have already arrived to most Windows users with GDR1. 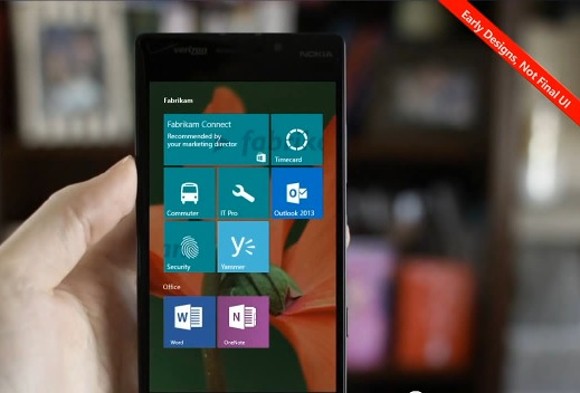 That being said there is still the matter of UI changes and most importantly broader hardware support. We were expecting support for the Snapdragon 805 SoC and QHD display resolutions, which were also on the list of the GDR2 update. These will certainly be a part of the upcoming Windows 10 Mobile version.

If everything goes according to plan and the new OS version graces Microsoft "Insiders" in the upcoming weeks there is a high possibility that we can expect to see a new line of high-end devices running the platform at MWC 2015.

yeah old UI was better.....this UI is not official i hope so Microsoft will bring something new UI on windows 10....And otg cable supported.!!

Actually WP is very great and only OS which gives gesture in software. Android, ios its not possible. They get this feature in hardware (OEM's should include ). That's why Android users are jealousy on WP users. Hey WP lovers download gestures bet...