Meet Satya Nadella - the new CEO of Microsoft. He's the third ever CEO of the company since it was founded in 1975, following Steve Ballmer and Bill Gates. His new position is effective immediately. 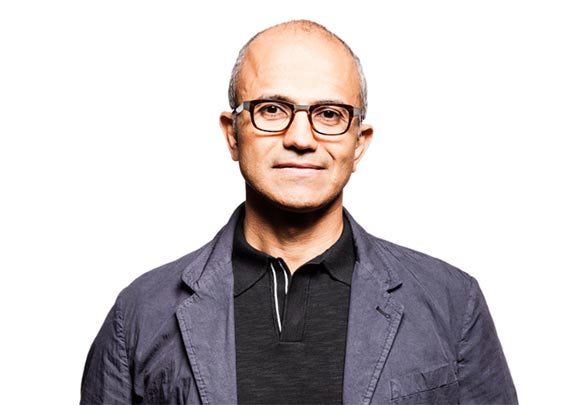 The Wall Street Journal reports that Nadella has told the company board directors that he'll lean on Bill Gates while running Microsoft. As far as the company's board goes, Ballmer remains a director, while Nadella becomes one.

Analysts describe Nadella as a "safe pick" for the CEO seat at Microsoft, due to his great work for the company so far. However, it remains to be seen if he'll be able to improve Microsoft's position in the technology sphere and make the company more competitive .

Microsoft investors are taking the news with a moderate dose of optimism and the stock prices are up by around half a percent. Needless to stay, they're hoping Nadella will help make the company the most valuable in the tech sphere once again.

Using the term isheep which was invented by Samsung to make customers feel bad for buying IPhones so they could increase their profits is not going to make us think you are less of sheep.