Microsoft's next Surface event is on October 2 in NYC

Microsoft has just announced the date of its next big hardware event: October 2. On that day it will hold a gathering in NYC, the traditional location for launching new Surface devices. But this may be a little bit more than a pure hardware event. Microsoft's use of hashtags as well as the Windows logo seen in the invite itself suggest we may hear some things about the next Windows 10 update as well. 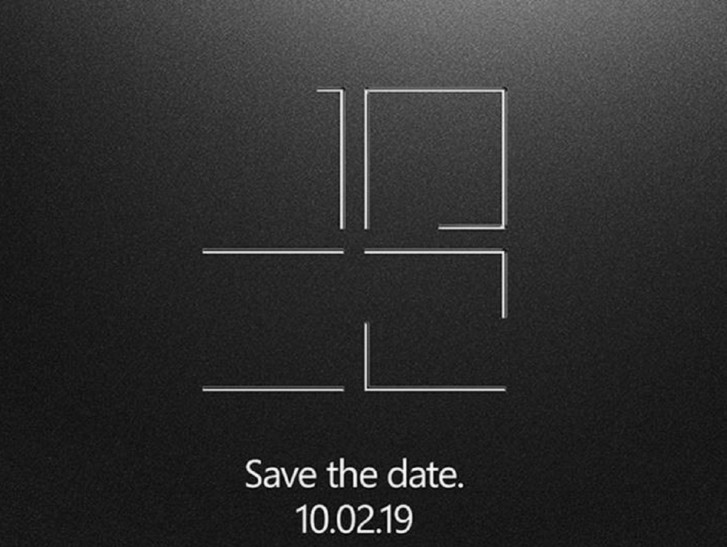 On the hardware front, don't be surprised to see the Surface Laptop 3, Surface Pro 7, and Surface Book 3 getting official on this occasion. Surface earbuds may join them, as well as new keyboards with a dedicated Office button taking the place of the right-hand Windows key.

Additionally, Microsoft's long rumored dual screen foldable tablet/laptop codenamed Centaurus might make an appearance, even if just in preview form. The device is expected to ship running Windows Lite, which is only likely to be ready sometime next year. That of course doesn't preclude the company from making the OS official and showing the Centaurus for the first time, even if strictly behind glass. A new Surface Go might make the cut too, as the original is over a year old already.

You're yet to see this so called Windows Lite stop your whining if you don't like it don't buy it.

Surface Go with core m processor. That will be amazing.