Back in January at CES, Misfit announced its first proper smartwatch, the Vapor. At the time though this was said to run a proprietary platform, and not Android Wear. Well, fast forward to today at Baselworld, and the company finally unveiled some more details about the Vapor - including the fact that it does run Android Wear 2.0 after all.

That's perhaps not surprising given how Misfit owner Fossil is going all-in with Android Wear devices this year, but it still makes for an odd launch. Anyway, the Misfit Vapor is expected to become available in "late summer" for $199. 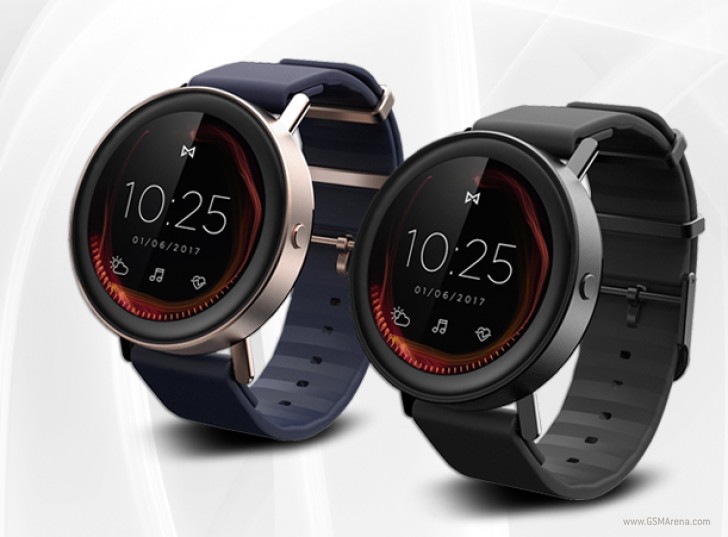 The wearable is packing quite a few features for that price. It has a 1.39-inch fully round AMOLED touchscreen with 326ppi pixel density, an accelerometer, altimeter, gyroscope, optical heart rate sensor, GPS, and a microphone. What's more, it's got a touch-sensitive bezel that will aid in your navigation needs, letting you use Android Wear without your fingers obscuring the content on the display.

The Vapor is powered by the Snapdragon Wear 2100 chipset, as you'd expect, paired with 4GB of storage. It has Bluetooth and Wi-Fi connectivity, of course, and it's water resistant to 50m. You'll be able to order it in the two color versions pictured above: Rose Gold and Jet Black.

Battery capacity? 4 GB storage, is ram or rom? What is ram and rom capacity? The price is in USD? or SGD?

Hi there! Does it have NFC? What about BLE? Thanks.

Awesome and feature packed... Can't wait to lay my hands on one 😀