Apple’s latest iOS 11 was released on September 19 and over 25% of the iUsers switched in the first week. The numbers came from analytics platform Mixpanel. The adoption rate is slower than iOS 10 last year, which reached 37% in six days. 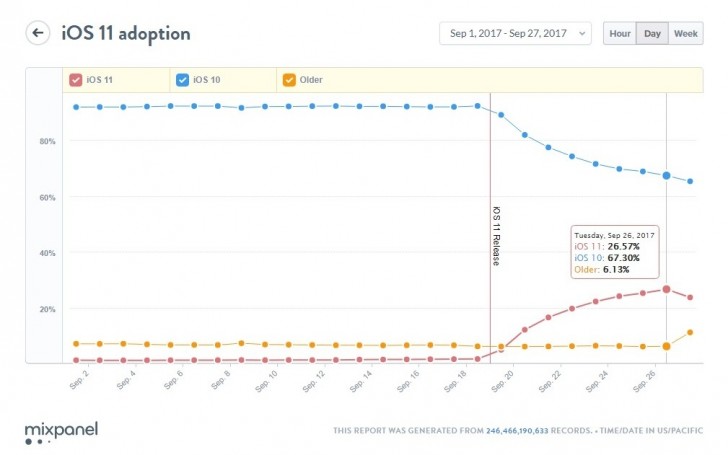 Today numbers are actually lower at 23.6% due to numerous complaints about bugs. Apple answered woes with releasing an update we told you about earlier today.

It is worth noting that Mixpanel is a third party analytics company and data may not be 100% accurate. We'll know for sure when Apple delivers the official numbers.

I might be impressed if someone could explain to me how ios version number on older phones is more than an update to the version number.

iOS 11 update is sooo good! But it gives me a random lag sometimes. I hope this will fix soon.

WTF?! did you buy that off from foxconn :p its not even on the market. or maybe in DHgate, you got scam by those clone iphone X and you paid $1000 for it. LOL