It's the third - and last - of our series of articles charting the evolution of mobile phones. After checking on the way form factors have changed over time and remembering all those devices that the cell phones killed, it's now time to focus on the features.

Ten years ago a 4-row display was something to boast about and MP3 ringtones sounded crazy sexy cool. Yet nowadays we frown at HVGA screens and consider 3 megapixel cameras to be old hat. It's amazing how far we've come, isn't it? 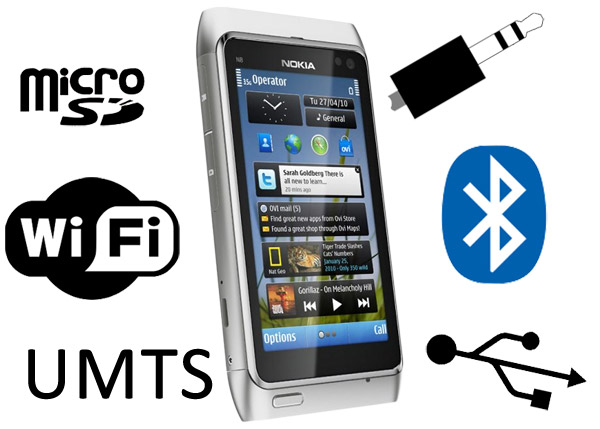 Now, for our final trip down memory lane, we will be checking out how it all happened. When did all those features appear, what was the fate of their pioneers and to what extent are they considered important nowadays.

We will be focusing on the time it took for each of those features to get widely adopted. You know pretty much every one of the features we now expect from every mid-range or low-end phone out there was once an exclusive treat, available only to the chosen few. Not even SMS was always around, let alone Bluetooth or card slots.

Again we should be thanking you, our dear readers, because once again the story we are about to tell is written by you. Millions of people coming and going through our website through the years have left valuable feedback that clearly indicates what's fashionable and what's not.

Before we begin we would like to point out a couple of facts that it's useful to remember when looking at the data that follows.

First off, back in the old days we used to put down only the phones' announcement date in the database and not the actual launch date. So you may notice a certain time shift in the charts. For instance, a large number of 2003 models were popular in 2004, because it was when they were actually available. That shouldn't be a problem though, the info is still there.

Secondly, we've broken down the raw data into two types of averages. With the absolute averages every cellphone model has the same statistical importance (same weight). The second type, the weighted average, accounts for the fact that models have different importance (varied weight) depending on their popularity (measured by user hits).

To put it simply - touchscreen phones have a simple average of 20% of all phones in 2008, but a weighted average of 35%. The absolute average tells us that of all phones, one in five was a touch phone, which is a generally unimpressive share. But this same year touch phones generated one third of all the hits on our phone database - indicated by the weighted average. They were the most popular (and potentially the most high-end) models.

Bear in mind though, that the weighted average is skewed towards the more expensive phones, since those generate a disproportionately higher amount of traffic. You know people are not fascinated by run-of-the-mill handsets. They don't look them up online, they don't research them - they simply use them.

Okay so now that we have this one covered, let's see what the stats can tells us. We've broken down the most important phone features each in its own chapter and we're going to be investigating how this feature has evolved through the years.

Absolutely love it, the article brought back so many memories and phones that I sought after growing up . Thank you for this.

sony ericsson will always be my first preference

I speculate the next generation of "phone" will be tablets with "phone" features, which can be linked to a smaller device (i.e. like a watch) with dialing keypad (so one doesn't need to take out the tablet all the time) via Blueto...