The MOQI i7s has a single 15MP Samsung ISOCELL Bright S5K3P9, f/2.5 camera on the back. To be perfectly frank, we kind of took a quick gander at the MOQI i7s, its gaming nature and market intent and naturally expected very little of said camera. This prejudice was very much reaffirmed after seeing the camera app itself.

It can be described as basic, at best. While not necessarily an issue in itself, what we have here is a bunch of very crudely drawn, low-res icons that don't really function half on the time. The shutter key is dependable enough, but entering the settings menu never, ever happens on the first try.

Once in there we simply ended up confused by most modes. Just to run down a few of these - UbiFocus takes a total of 8 shots in succession all with varying focus points so you can re-adjust the focus after the fact. Sharp photo and Blur buster both claim to help in achieving a cleaner, sharper and blur-free shot. Most other modes simply tweak the exposure in a particular way to vaguely suit the suggested environment.

All and all - all of these should be baked into the auto mode to begin with. Still, we gave all of them a spin and will be including some samples in a bit. The short story of it, though, is that not one of them is particularly better than auto.

The actual camera settings menu offers up even more options. Some have been surprisingly buried way too deep inside menus, like exposure compensation and white balance. On the flip side, the video capture section appears surprisingly rich in options. You can select an audio and video encoder, among other things, some of which also need to be more prominently placed on the main camera UI.

So, clearly, on the surface, the camera is a bit of a confusing mess. However, moving on to actual camera quality, there is a little bit of a silver lining and it can be best summed up like so - the camera is not potato-quality. 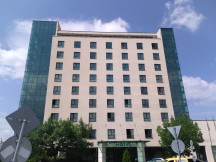 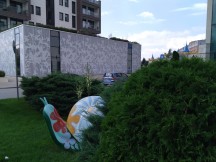 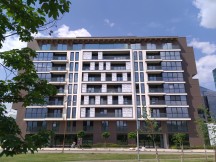 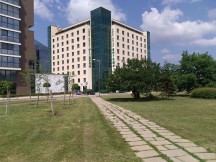 Now this is not to say that the camera is particularly good. It isn't. Exposure is all over the place, focus is unreliable as well. Dynamic range is particularly bad. Even so, we wouldn't go as far as call it a "potato camera". There are some redeeming qualities. Colors, although a bit too saturated at times come out looking pretty nice. Detail is decent and the noise suppression is doing its job well enough. 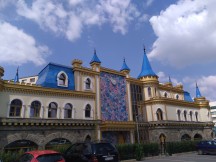 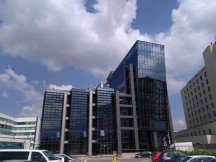 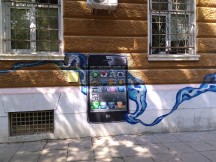 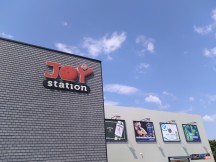 These samples are all taken in auto mode, which you should probably stick to. Either that or Pro mode, if you know what you are doing. Another good idea is to use spot metering for exposure for every shot. Otherwise, you run the risk of the auto exposure fluctuating all over the place without much change in external lighting conditions. Like the samples below. 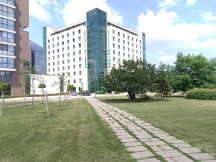 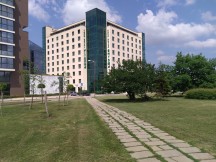 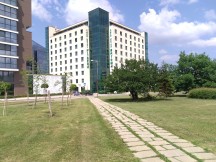 Just for the sake of completeness here are a few Blur buster and Sharp photo mode samples. Neither mode stands out particularly in our opinion. 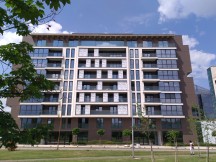 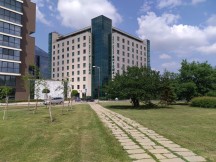 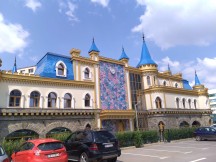 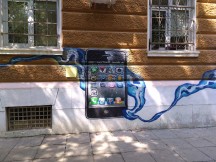 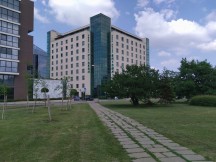 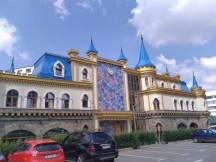 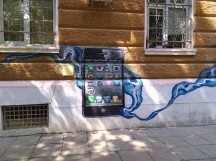 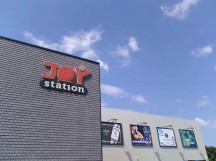 Bottom line here - if you really, really find yourself in desperate need to take a photo and the MOQI i7s is the only device you have on hand the old saying that "the best camera is the one you currently have" does apply without too many reservations. We just can't really imagine many of the already few potential MOQI i7s users will particularly care about this aspect of the handheld.

The same is pretty much true about video capture quality. Still, we wanted to be thorough, so we tried our best.

While still usable, video captured with the MOQI i7s is nothing to phone home about. Hardly a shock, really. Resolution tops out at 1080p, with a bitrate of around 20 Mb/s and a standard combination of VVC video and AAV audio (stereo, by the way), inside an mp4 package. The most outstanding issue seems to be exposure, combined with a limited dynamic range. Other than that, video capture is another case of not "potato quality" and simply usable, if need be.

Oh and just in case you were wondering, the image stabilization toggle within the video recording settings doesn't seem to do anything at all. No cropping and no EIS. 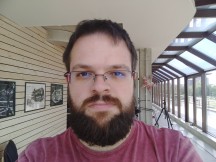 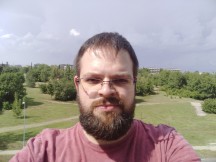 The main problem in our book is the focus distance, which is set a bit too far for our liking, leaving the subject blurred more often than not. One thing that did spring to mind regarding the selfie camera is the potential to use in as a facecam while streaming your gaming sessions. It is certainly doable via apps like Mobcrush and as long as you are mindful about holding the MOQI i7s a bit further away from your face it actually works very well. The selfie camera is certainly in a great spot to facilitate such a use case.