The past few days brought us a couple of extensive Galaxy S20+ leaks (1, 2) and it seems the streak will continue. Today, even more of the Galaxy S20+’s specifications have been revelead by the same source that brought us its live images: Max Winebach of XDA Developers.

A short hands-on video of the S20+ appeared along with details about the 120Hz display, in-display scanner, battery capacity, and the lack of headphone jack.

The video sees the S20+ turning around a couple of times. One of the subtle differences in design is the updated placement of the keys – which moves the volume keys to the right side of the phone, just above the power key. There’s also no longer a dedicated Bixby key, but we might see its new home in the power key, accessible by a long press. The bezels above and below the display are even thinner now – there’s nothing really left to the imagination. 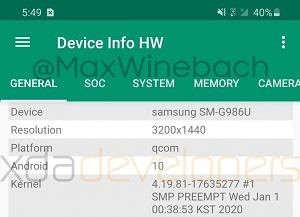 The display is now confirmed to have a slightly taller 20:9 aspect ratio and the resolution is confirmed to be 3200 x 1440 px. There’s even a photo of the new phone next to the Galaxy S10+ so you can see how much larger it will be. The Galaxy S20 Ultra 5G is going to be even larger than the S20+. 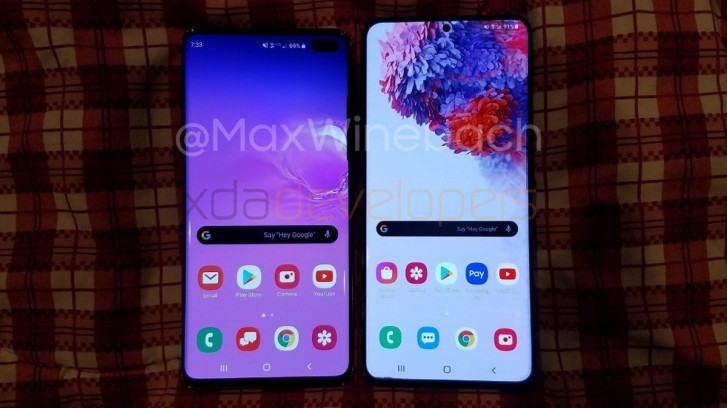 An image of the 120Hz setting in the menu also makes an appearance. We’ve seen reports about this before and today’s images solidifies them. The report also confirms that the S20+ will only be able to display at 120Hz at Full HD resolution. 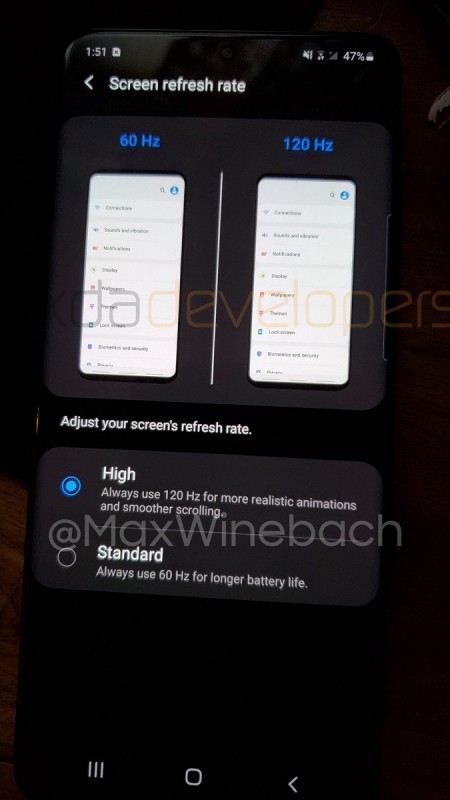 The Galaxy S10 and Note10 devices of 2019 were fitted with in-display ultrasonic fingerprint sensors, but they had their fair share of issues. We are seeing the return of in-display scanners for the Galaxy S20 but wonder if they are still going to use Qualcomm’s solution or if they’d be swapped in favor of optical scanners. 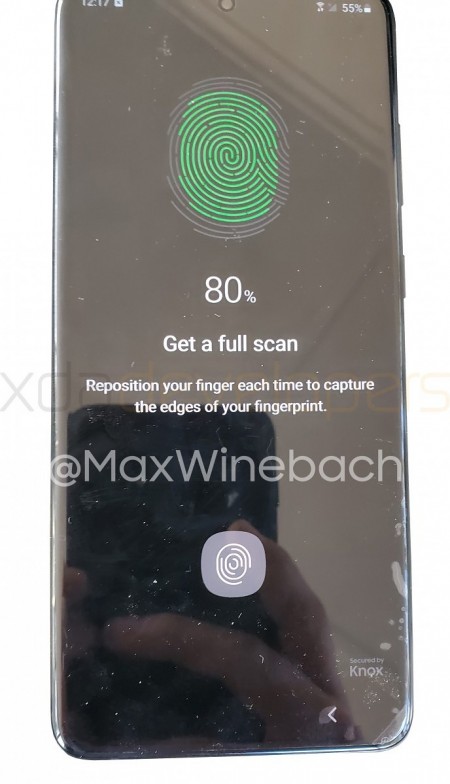 Finally, some base specifications of the S20+ were uncovered. The device shows 12GB of RAM and 128GB of onboard storage. There’s also a rated battery capacity of 4,500 mAh (4,350 mAh minimal). 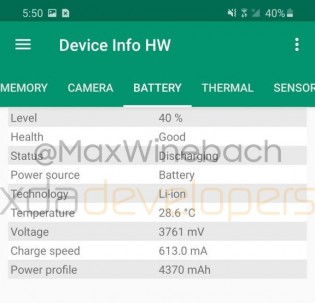 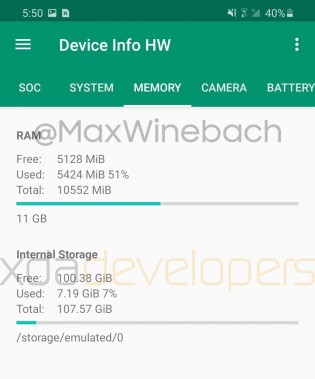 Finally, this year will mark the first Samsung Galaxy S-series device that will no longer include a headphone jack. Samsung nixed it on the Galaxy Note10 last year, so we imagine this will be the case moving forward. The industry has changed enough that a headphone jack is no longer a deciding factor for choosing between flagship smartphones as the popularity of Bluetooth headphones rises.

The Galaxy S20 series will be announced on February 11 at the next Unpacked event where we’re also expecting to hear more about the rumored Samsung Galaxy Z Flip. Stay tuned.

lol, they work perfectly fine on my Mi 9 SE

How much time you used those $1 adapters then you advise to buy it? None f...ng of them working with ShameSong and Appel. They only work on chinese phones. So, tell us which company you working for?

You are so smart, even above of Einstein's level... But you forget somethings... 1- Why do I need to buy f*** adapter? 2- Those on Aliexpress doesnt work on galaxy phones, you must pay to ShameSong thief at least 20 euro to get an original one....