More photos of the 6.1" Huawei Ascend Mate make the rounds

After being shown off by the company's chairman last week, the 6.1" 1080p display toting Huawei Ascend Mate has emerged in more photos. This time around, we get to have a better look at the device's physical appearance. 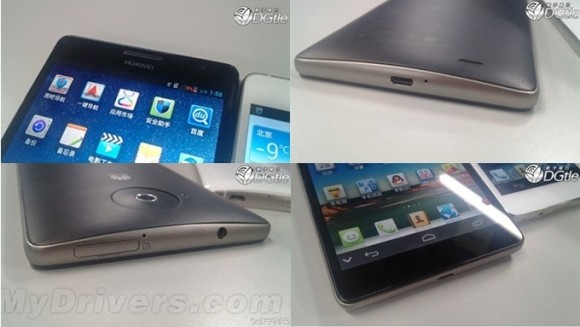 The rumored specs of the Huawei Ascend Mate include a 1.8GHz quad-core CPU (probably Huawei's own design), 2GB of RAM, 13MP camera, and a 4000mAh battery. The thickness of the giant is rumored to be 9.9mm.

In addition to the leaked images, an upcoming ad for the device has appeared as well. It compares the yet-to-be-announced Huawei offering to the Samsung Galaxy Note II's 5.5" screen. See it below. 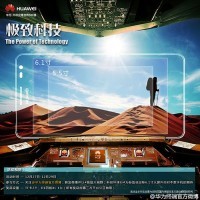 The Huawei Ascend Mate will break cover during CES 2013 in Las Vegas. We will be live from Huawei's press conference, so be sure to stick around to find out all about the device.

best phone at the dollar store. look at that screen quality, my calculator looks better.

A passionate appeal to HTC Please give us huge phones say 5.88 inch size. Android, Aspect Ration of 16:9.6, Pixel density around 400ppi, Quad, etc. I will prefer the front face design similar to that of HD2. I am sure this phone will rule the wo...

to you guys commenting about "this is too big to be a phone" : this is not a phone this is a phablet. only guys from lilliput don't agree.