More alleged details on the upcoming Nexus 6 made the rounds on the web. The high-end device from Motorola is expected to debut at some point in the second half of October. 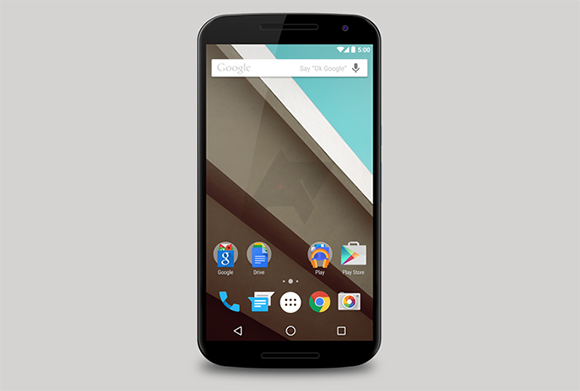 The new report reveals new details on the homescreen layout of the device. As seen in the render above, the Nexus 6 will come with revamped icons, as well as a brand new folder for Google Drive and its suite of editing apps. It will join the Google and Play folders.

Nexus 6 will feature similar design as the new Moto X, but in a larger form factor. The upcoming handset is also said to be capable with the Motorola turbo charger.

nope sunshine, next gen nexus 7 is already in the works to have lte onboard for data sim versions. YOU ALL NEED TO GET OVER THE FACT IT WILL BE A BEAST! moto are making bigh phones on edge to edge tech - meaning (and in plain speak for the ...

I am disappointed,as i am using nexus all my life. When nexus series started with htc till now.i am now using nexus 5 and waiting for 6 but this extra big size has made me feel so bad...wish it could have less tha 5.2 inch size....i would continue to...

I'll ask larry page why he didn't discuss the size with u first!!